Follow by Email. Type your e-mail address here and you'll be notified each time this blog is update

I was woken at about 4:30 by wild thunder and lightning, and very heavy rain. This continued on for a few hours and I didn't really get much of a sleep after that. I got up about 6:00, had a shower (pays to get to the showers early as they had long queues later), had breakfast and went for a wander around Cropredy. 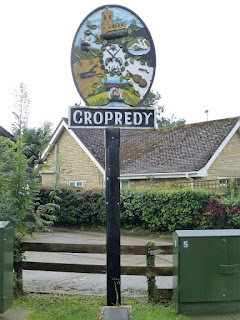 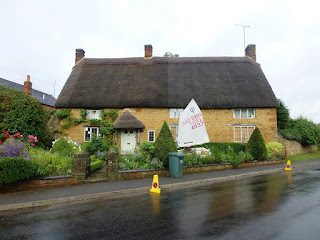 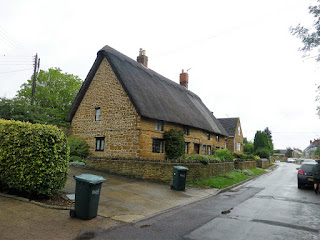 Very nice village with well preserved houses. It must be quite a strain on a small village of 600 people to have 20,000 festival goers descend on them for a weekend, but it seems to go smoothly and breakfasts were available in the local school, church and town hall.

Back to the festival site and a full day of interesting acts, although the weather was a bit mixed – periods of rain and sunshine alternated all day. 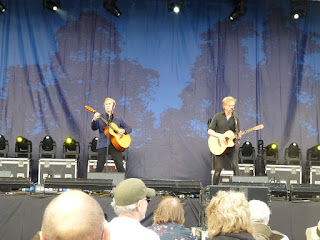 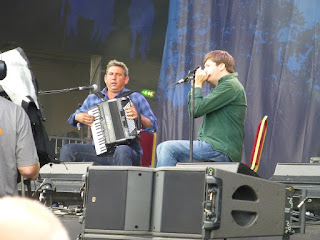 Will Pound and Eddy Jay 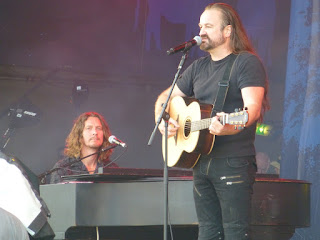 Wilson and Wakeman - played a version of David Bowie's 'Life on Mars', Adam Wakeman's father played piano on the original! 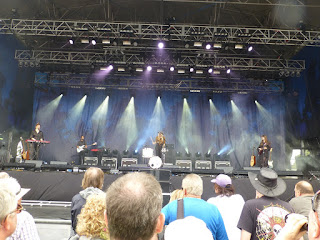 Wildwood Kin - really hard to photograph as they stand so far apart! 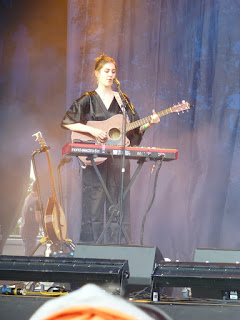 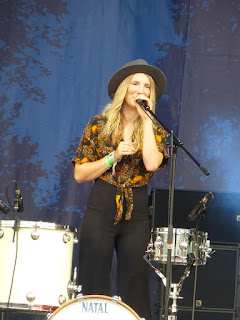 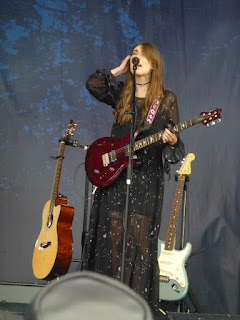 One of the stalls was BBC Radio Oxford's 'live lounge' – it was a small gazebo with the technical people and presenter, and various of the performers played there to an audience standing on the grass outside! I imagine listeners at home think it was some sort of indoor venue. One of the performers was Scottish folk singer Fraser Nimmo, who did a very good and funny impromptu show – he wasn't appearing at the Convention, he was a customer but was spotted in the crowd, handed a guitar and put in front of a microphone! 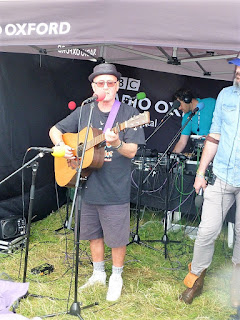 Also saw Wildwood Kin, about 15 minutes after their stage performance – they had to stand a bit closer together so were easier to photograph! 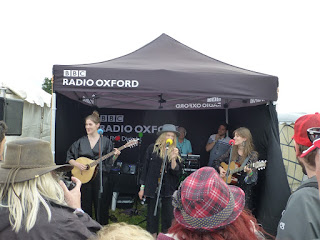 Back on stage and the only disappointing act so far – Caravan. They seemed popular with the crowd, but I find 70s prog rock a bit dull, so it gave me a chance to wander round some of the other things at the event. 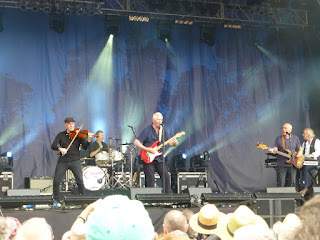 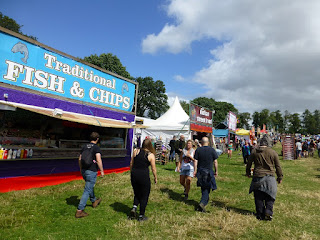 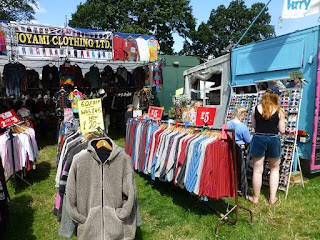 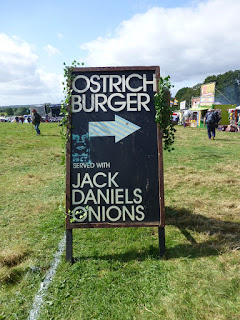 Sort of exotic food on sale! 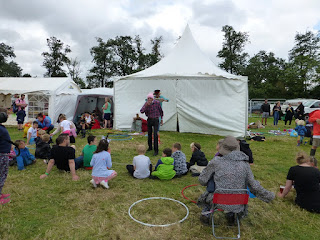 A lot of people had brought their children, so there were some entertainers at the back of the field

Back at the stage and a performance by Seth Lakeman and his band. It rained fairly heavily during their set, but the crowd just put their waterproofs on and carried on watching. 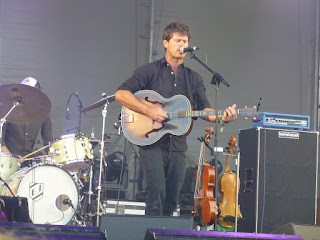 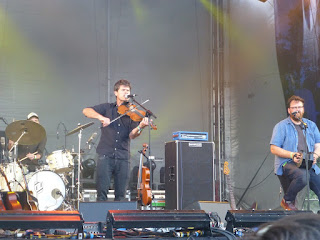 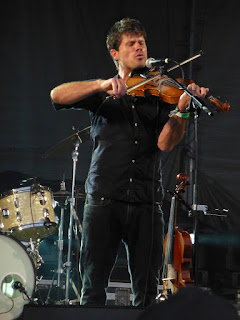 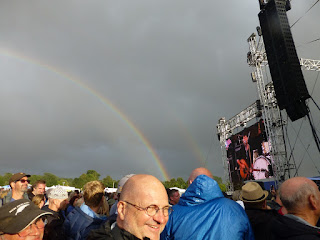 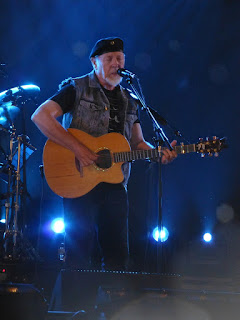 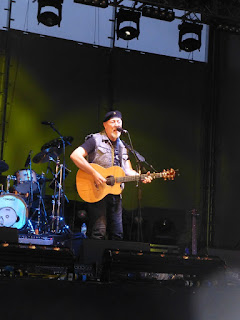 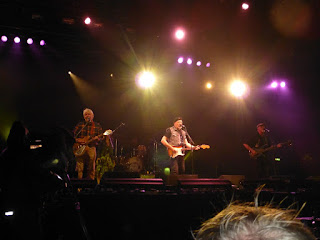 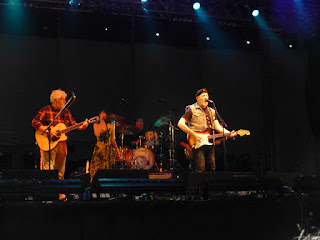 Richard Thompson - did half of his set solo, then half with Ex-Fairport bandmates Simon Nicol, Dave Pegg and Dave Mattacks, plus Zara Philips on vocals. 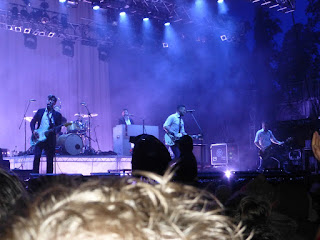 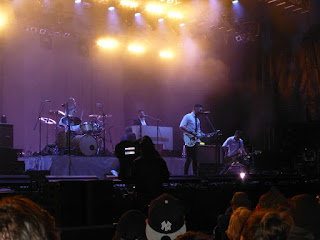 I only watched about half of Frank Turner's set – I was starting to get a bit tired, so headed back to my tent.