Sorry for the lack of posts recently but I've started a new job that required me to be away from home for a couple of weeks on a training course. Hopefully things will get back to normal soon and I've be posting more drivel awe inspring articles.
Posted by Norman at 21:30 2 comments:

This week's is another 'almost' story that I remember following back in the 70s. 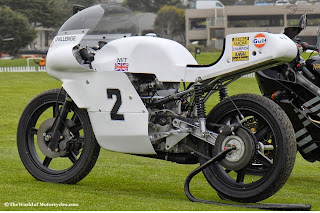 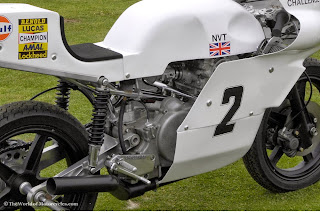 1976 Norton 750 Cosworth Challenge
Norton’s last stand
The last racing Norton with a conventional power unit – rather than a rotary – was the Cosworth-powered Challenge of 1975.
New Start for Norton
Its history began in 1971, when Dennis Poore, who had just bought Norton after the failure of the Associated Motorcycle Group, tried to promote the marque by returning in 1972 to competition in the livery of John Player.
25 Percent of a GP Engine
The old Commando wasn’t powerful enough, so Poore decided to buy time with specially tuned versions, while waiting for a design study from Cosworth, known for its racing automobile engines. The Cosworth-Norton JA engine – code-named “Challenge” – was a racing-plus-production design. The road JAB version was to develop 65 hp and the racing JAA “whatever we could get out of it,” recalled Keith Duckworth of Cosworth. The engine was designed to be part of the frame, but there were cooling problems and by the time the engine was tested and ready, Norton-Villiers-Triumph was in financial trouble. Cosworth built 30 JAA prototypes, the production bike was canceled and an underfunded racing program ended. In 1984, a couple of JAA engines were bought by Quantel, and four years later, the JAA engined Cosworth Quantel proved the worth of the design by winning at Daytona.
SPECIFICATIONS
Engine: 747cc (86×65mm) water-cooled Cosworth JAA 360-degree parallel-twin four stroke
Power Rating: “at least 110″ hp @ 10,500 rpm
Valves: twin overhead-camshafts driven by cogged belt
Fuel System: twin Amal carburetors (988, fuel injection)
Transmission: 5-speed, chain final drive
Suspension: telescopic forks (front); cantilever with monodamper under the engine (rear)
Brakes: twin discs (front); disc (rear)
Wheels: magnesium; 16 inch (front); 18 inch (rear)
Weight: 375 lb
Maximum Speed: 171 mph
The Norton Challenge was brought down by the failure of NVT. 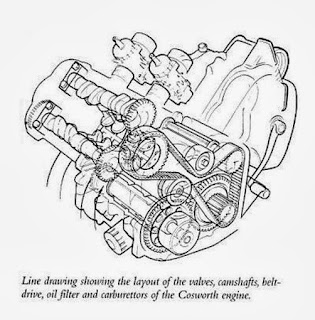 The bike basically didn't have a frame as such, rather front and rear subframes along with the swingarm attached directly to the engine. 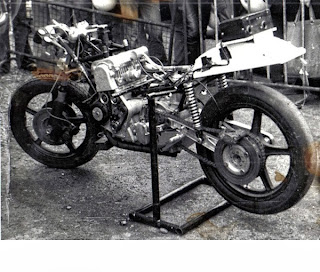 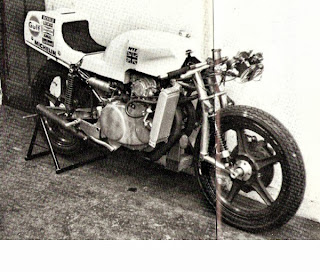 Note leading link forks
Can't help but feel that if Norton had put their money and effort into developing this bike further, especially the road version, rather than into the Rotary, the story would have ended differently. After all, this was all proven technology whereas the Rotary was a technology almost everyone else had experimented with and rejected. Had they built this engine into a conventional chassis (again all proven technology) they could have experimented further with a working bike. I can't help but feel they were trying to do too many things at the same time with very limited resources.
Found this sad picture of a couple of Challenge engines, don't know what happened, but they look like they've been left lying out in the open for 20 years. 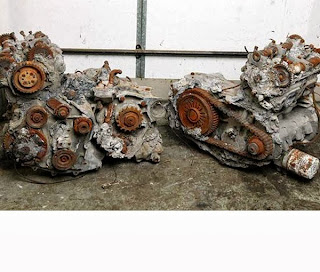 Sometimes a bike just 'jumps out' at you, and this weeks Friday bike is one of these. Found this on the Pipeburn site, and it's a street scrambler based on a Yamaha Star Bolt (no, I hadn't heard of it either!) 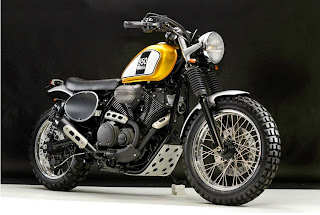 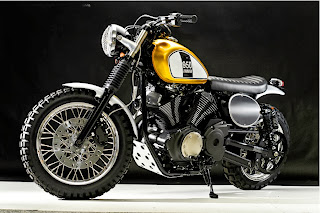 The Star Bolt is one of those dreary Indentikit bobber/cruiser things so popular in the US and I'm sure you'd agree this is a vast improvement on the standard bike. 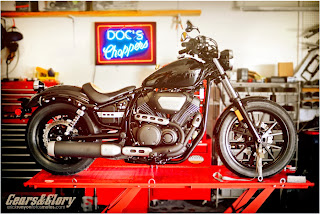 See what I mean?

Styling is based on the 70s Yamaha DT400, and I think they've done a really good job. 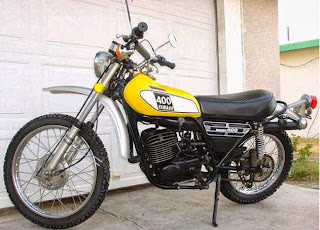 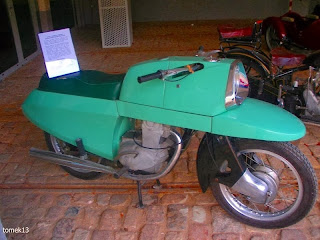 In 1962, Polish firm Junak showed this prototype bike. Just look at that styling! Looks like something Dan Dare would have ridden! Needless to say, it was just too groovy to reach production. Engine was a 350cc SOHC twin producing 24 bhp, and top speed was 140 km/h (87 mph). 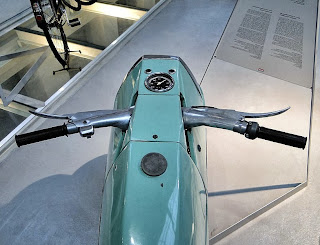 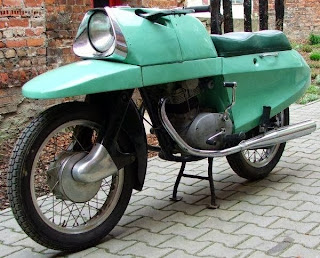 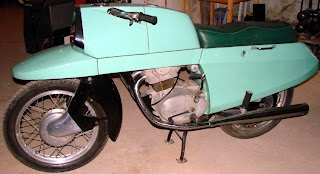 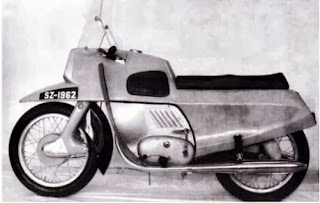 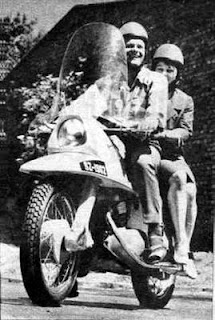 My friend David has listed his BMW R1100S for sale on Ebay. 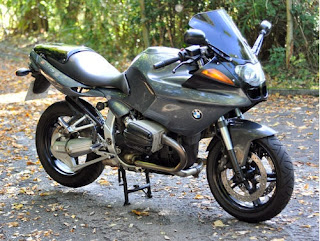 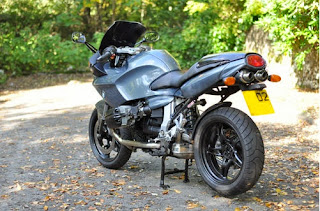 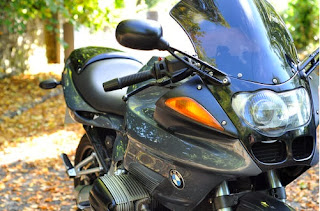