NC on an NC

As some of may know, there is a route round the north of Scotland called the North Coast 500, NC500 for short. 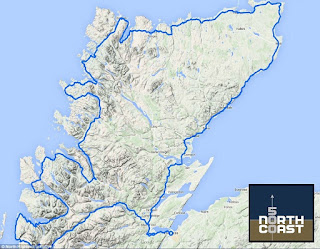 This is being promoted as a tourist route for drivers, riders, cyclists, and even walkers. It's approximately 500 miles (c.800km) and takes in some of Scotland's most spectacular scenery.

As the pound is collapsing in value (probably equal to a Zimbabwe Dollar by the time you read this!), there has never been a better time for people from other countries to do the route.

I found a company based in Inverness who'll rent out bikes for anyone wanting to ride the route: NC500 Moto Experience. The bikes they use are Honda NC700Xs, so you can ride the 'NC on an NC' - what a convoluted route to a title! 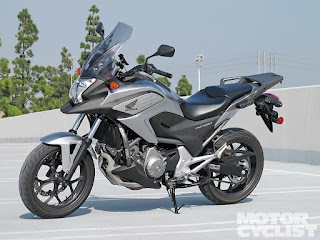 I've no contact with this company, just found a link to their Website online, so don't blame me if things don't work out!

Started out writing about one bike but found there are two companies building similar models!

The story starts with the Matchless G50. 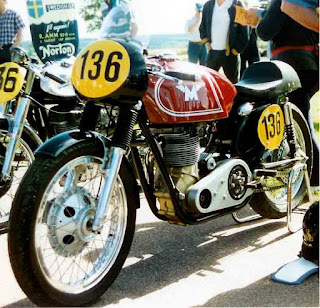 This was a 500cc race bike built by Matchless based on the 350cc AJS 7R between 1958 and 1963. They cost £300, and 180 were built. They were popular with racers at the time due to their good handling, but production ceased when AMC, Matchless and AJS's parent company, ran into financial difficulty.
The tooling and spares were purchased by racer Colin Seeley who continued to build and develop the bikes, and constructed his own frames.
The bikes continued to be very successful and this is where this week's Friday bikes come in.

Basically, Seeley Matchless G50s are still in production by two companies. One is Steve Tonkin Classic Motorcycles, who build the Tonkin Typhoon: 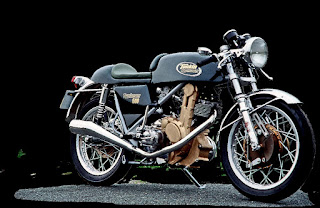 And TGA Ltd, who build the Seeley Condor: 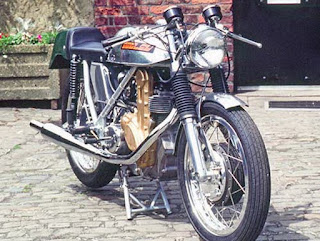 As you can see, both these are road bikes. TGA quote a price of 'from £25,000' , and I would imagine the Typhoon would be similar. As the pound is currently in free fall, I'll not quote prices in other currencies, but sufficient to say that they are very expensive!

Saw this posted on Facebook. Please copy and post elsewhere - let's make this bike too hot to handle! 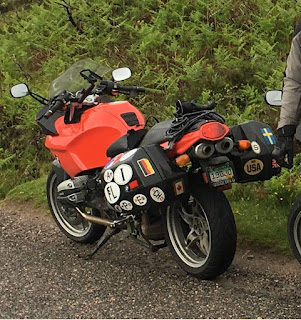 'Some American friends of mine travelling around the UK are having a bad time right now. Samantha was involved in an accident at the weekend which has resulted in loss of a leg; whilst in hospital her husband's BMW R1100S was stolen in the Aberdeen area. Could people please keep eyes open for it and let me know if any sightings. Plus if anyone could post on any Scottish bike forums this info I'd be grateful, cheers

Thanks all, details are:

If you have any information, please contact the Police.

Back when I started this blog I used to regularly feature interesting pieces of sculpture. I don't know what happened, but I haven't featured one for years. I've always been interested in sculpture that was 'different' to what we are used to here in the UK, and I came across a website with photos of large monuments in the former Yugoslavia.
They were built in the 60s and 70s on the sites of WWII battles or concentration camps. 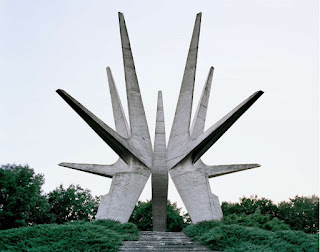 As you can see from photos on the website, many of these monuments have been abandoned and vandalised, but being built of concrete they should survive. 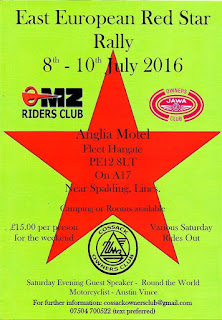 Some of you might be interested in this. It's a rally for Communist era Eastern European motorbikes and is only held every 4 years. Usually a good turn out of MZ 2 strokes, CZs, Jawas, Urals, Dneprs, etc., and guest speaker is Austin Vince of Mondo Enduro fame.

Don't think I'll be going to it though, if you turned up on a Skorpion they'll probably burn you in a wicker man!

After a couple of weeks of brilliant, sunny weather, it had turned a bit drizzly for the Ayr show. It's only an hour or so's ride from from my house, so I went early on the Skorpion so I could take photos before it got busy. 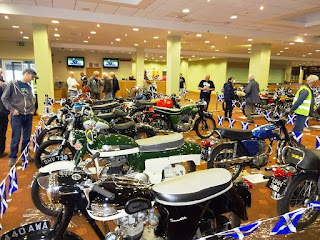 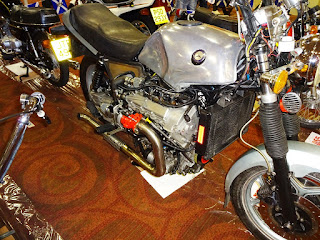 That's a Mercedes Benz designed engine from a Smart car in a BMW K series frame! 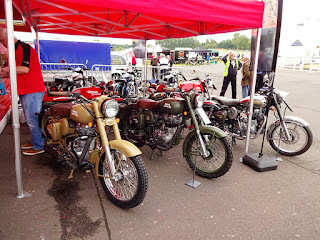 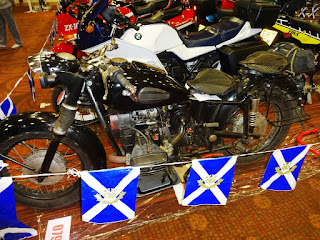 Look mr combo, your Dnepr could look this good and be in a show one day! 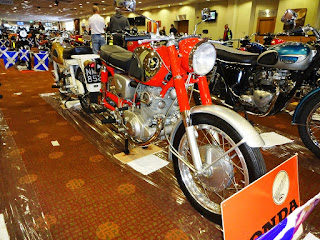 My favourite bike would be an old Honda twin, wouldn't it! 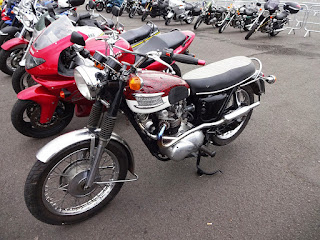 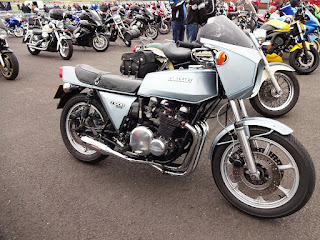 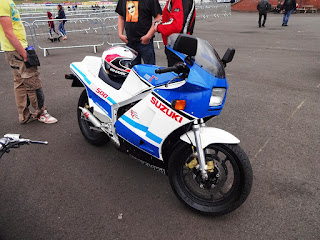 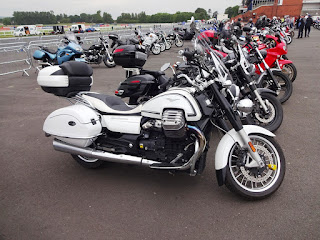 Loads of cool bikes outside ridden by other visitors. 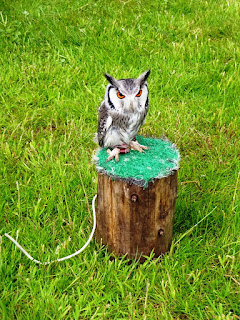 Saw this little chap on a display by a local owl sanctuary.

Had a great day out and the weather wasn't too bad for the run home. I've posted lots more photos here.

As I was just about to leave, another visitor came over and asked me about my Skorpion. He said that he had bought a non running Sport and asked some advice. We had a good chat for a while and he introduced himself as Bob. When I said my name was Norman, he said 'Are you Norman Wade?' When I said I was, he said 'I've been told you're the guy who knows all about Skorpions'. Looks like my fame (or is it infamy?) proceeds me!

This coming Saturday. I've been before and it's well worth a visit. 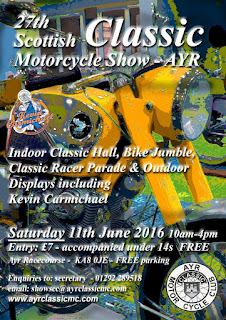 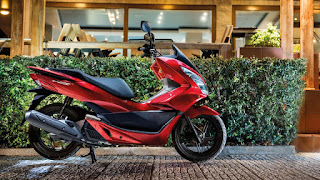 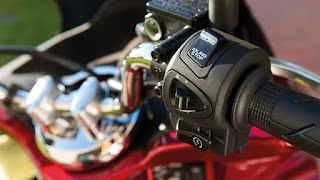 This means that the scooter will stop its engine when you're stopped in traffic for a predetermined time, restarting when you turn the throttle - just like many modern cars. This should lower fuel consumption and emissions.
However, that's not the reason I've chosen it - it's because it seems popular as a tourer! Just look at these videos:

And these aren't the only ones on YouTube to feature tours on the PCX.

Goes to show that you tour on anything - even small, scooter singles! It's just a case of tailoring your route to your bike.