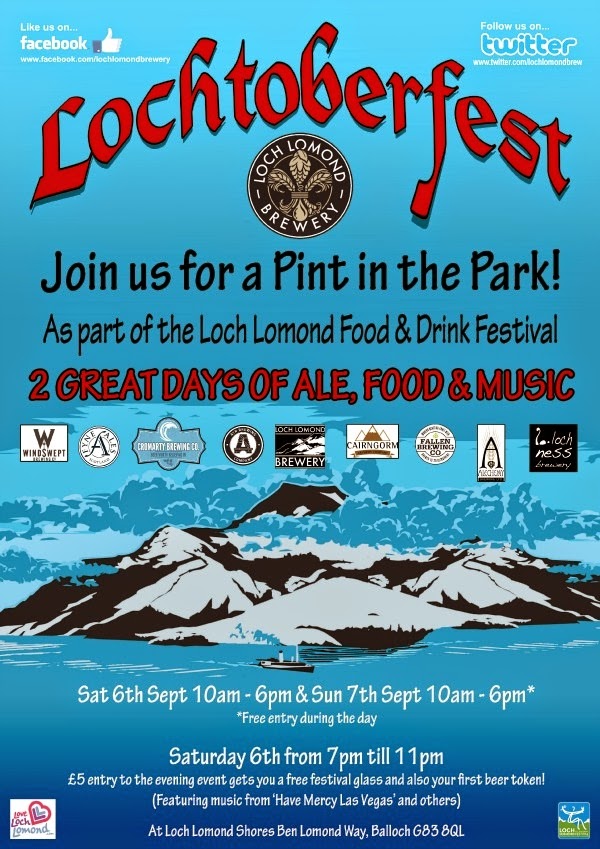 Another 'bike I nearly bought', but this time it I didn't buy it due to the seller.

On my regular commute back in the 80s, I used to see a white Honda VT250F fitted with Krauser panniers, then one weekend saw it for sale in a local bike shop. I knew one of the guys in the shop and he told me that the customer had bought it from them new, had it regularly serviced, and had only used it for commuting into the city centre. My BMW was getting a bit 'tired' at this point and I was looking for something smaller and more modern, so the Honda potentially filled the bill. 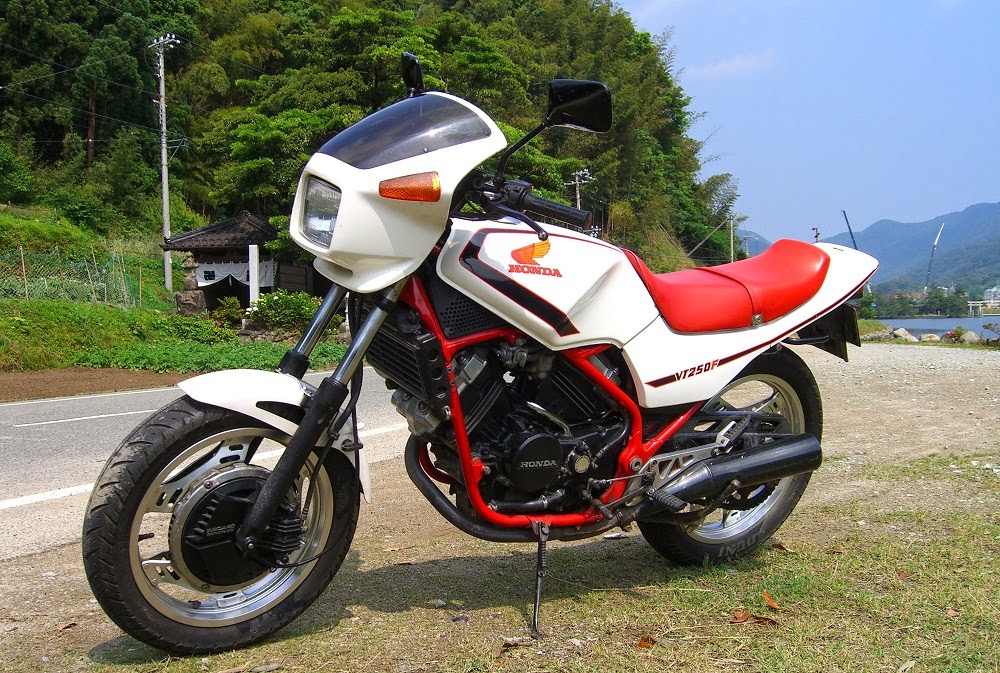 Never a common bike in Britain, it had lots of typically 80s features - hydraulic clutch, anti dive forks, watercooling, 4 valve heads, plus some that weren't so cool like Comstar wheels and enclosed disc. 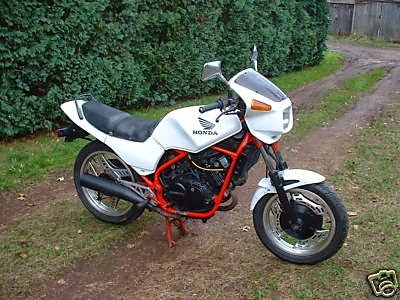 I'd been offered £515 by a friend of a friend for the BMW, and as the Honda was priced at £599, it looked like a deal was on the cards. I told the shop owner that I was interested, and he arranged to move the bike nearer the door so I could take it out for a test ride the following weekend (the shop was quite small and the Honda was near the back).
The following week arrived and I noticed that the panniers and frames were missing and the price tag now read £699. I questioned the shop owner about this and he said that the panniers weren't part of the deal and it had always been priced at £699. Meanwhile, I could see my friend that worked there shaking his head and mouthing 'no' over his shoulder! I told him to forget it, and walked out. The bike was probably worth £699 even without the panniers, but I wasn't going to be taken in by a blatent con like that.
Shame really as I always thought it a really pretty bike (in an 80s sort of way), and it probably would have been a fun bike to own. 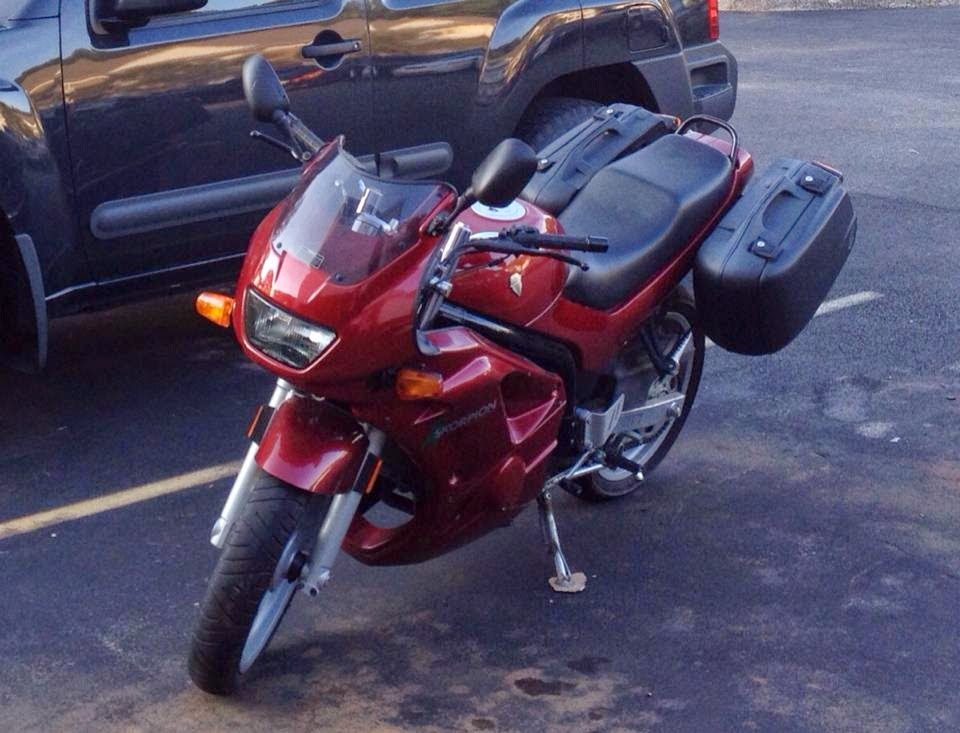 One for my readers in the US. Skorpion Traveller stolen in Knoxville, TN. If you know or see anything, or are offered parts, contact me and I'll pass on information to the owner.

This week's is another of the 'I'm not quite sure what it is' bikes like the Honley I featured some time ago. 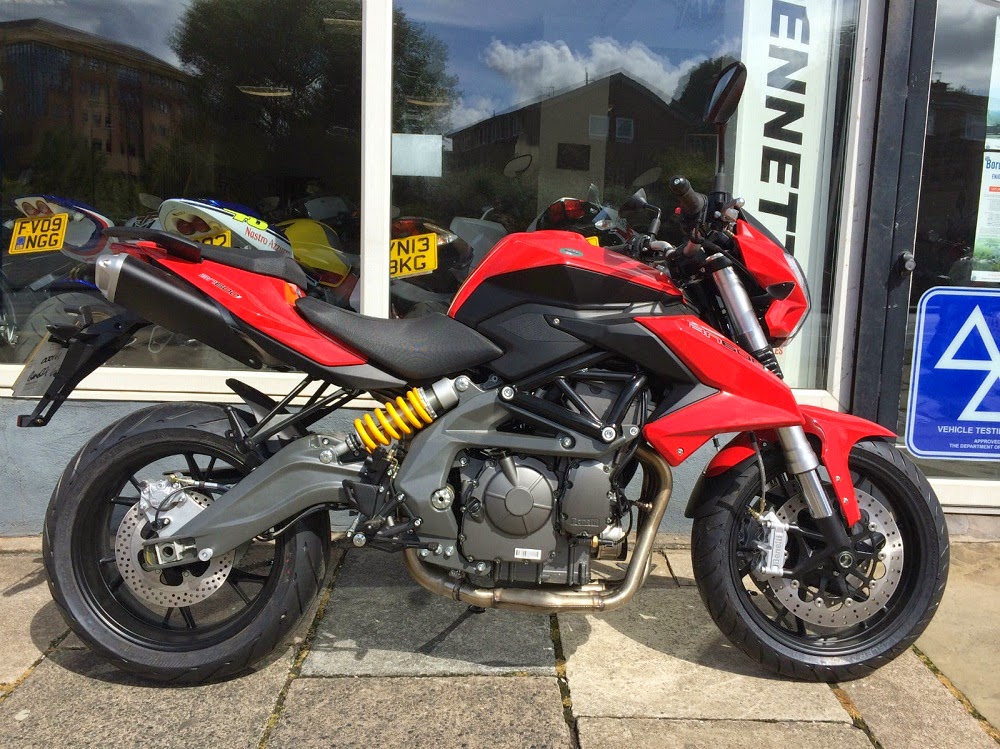 I found this on Ebay listed as a Benelli BN600i. Benelli were a famous Italian manufacturer who are probably most well known for their Honda inspired fours of the 70s, which led to their six cylinder 'Sei' model, which predated Honda's CBX1000. They've sold a number of bikes and scooters in recent years, but have 'dropped off the radar' a bit recently. 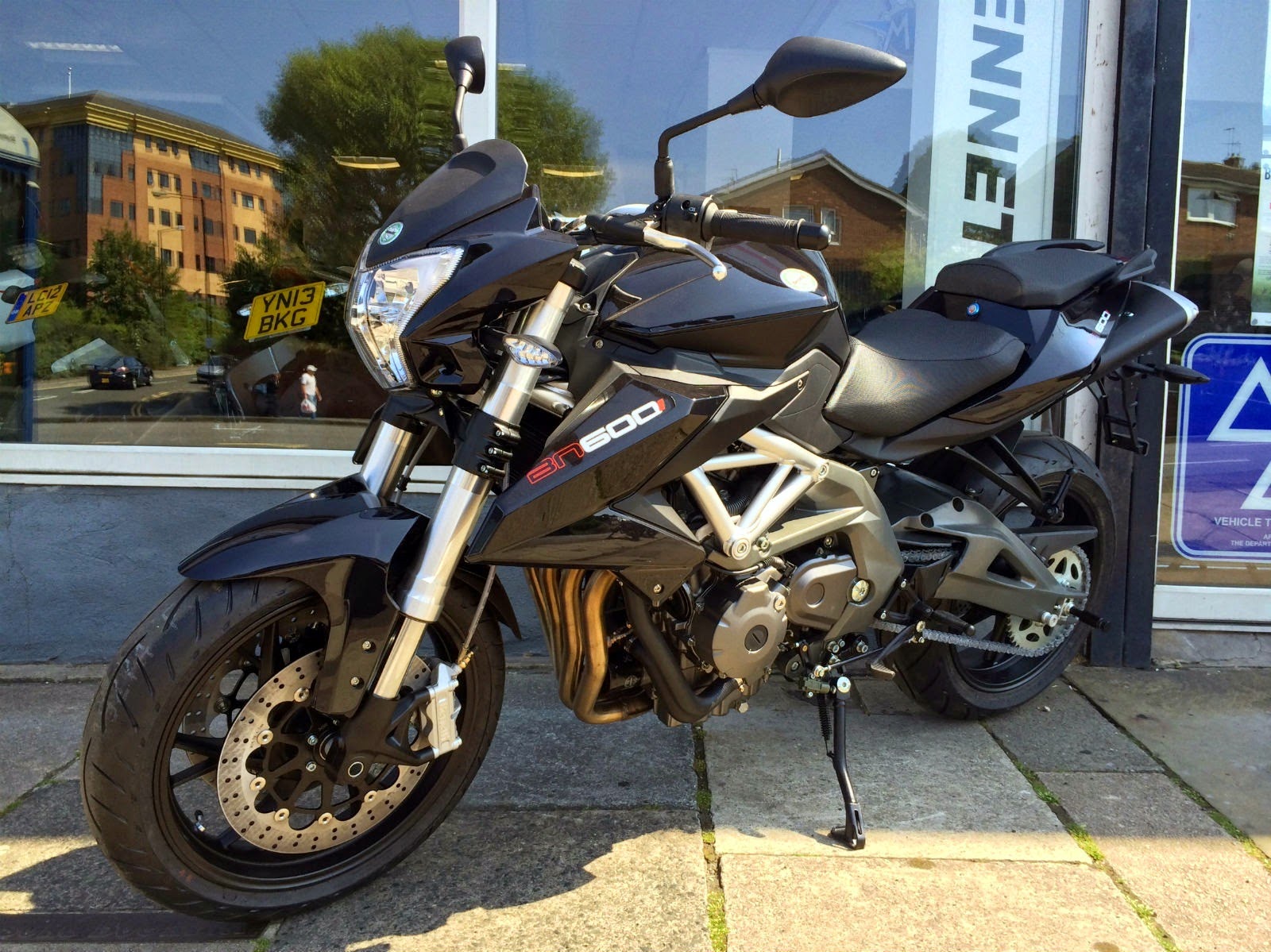 I did a bit of searching and Benelli are now owned by Chinese firm Qianjiang, which could explain the origin of this bike. Qianjiang showed a near identical bike a couple of years ago badged as 'Qianjiang QJ600', which later appeared badged as 'Generic GRS600'. 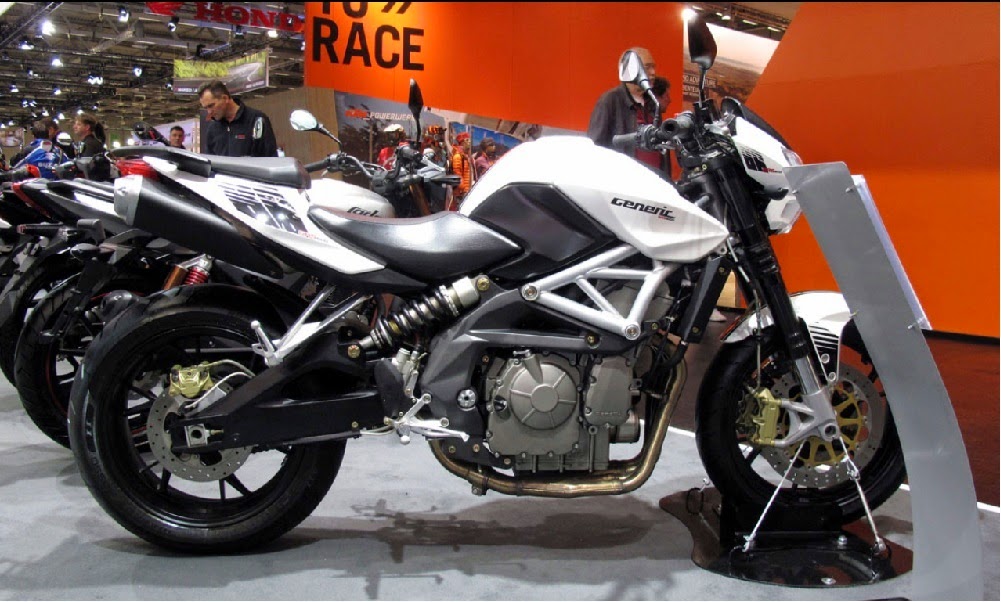 So what is it? Is it a Qianjiang rebadged as a Benelli? Is it built in Italy or China? What's it like?

Having a Honda CL 350, I often look at various Internet groups and fora concerning 60s/70s Honda twins, and the most sought after is the CYP77, a Police version of the 305cc CB77. 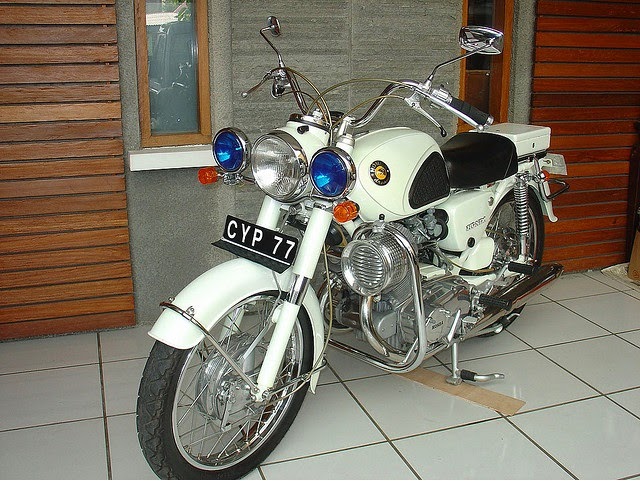 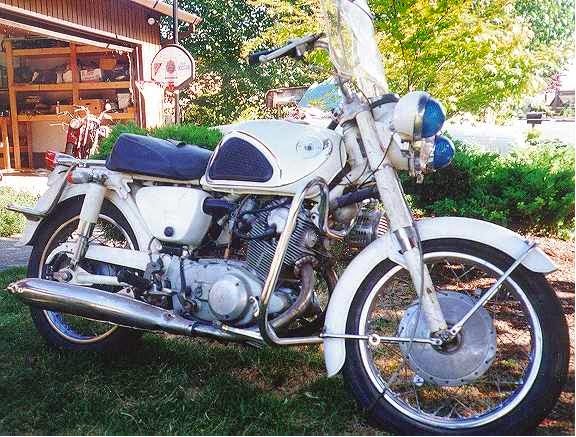 As far as I can find out, these were produced between 1963 and 65 (?), and Honda tried to sell them to various Police forces throughout the world. Not sure if any country other than Japan actually used them (anyone know?)
Most unusual feature was that the siren was cable driven and the drive was taken from a knurled roller that pressed against the sidewall of the rear tyre (like a bicycle dynamo). 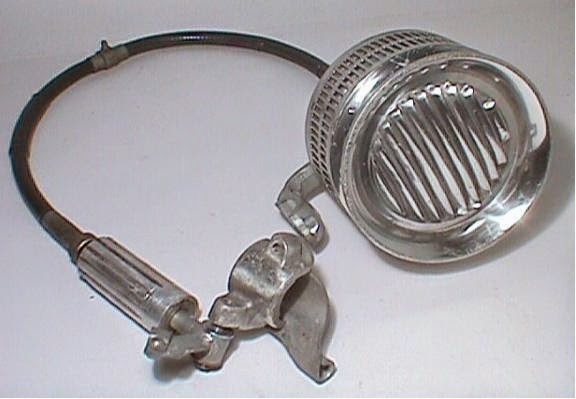 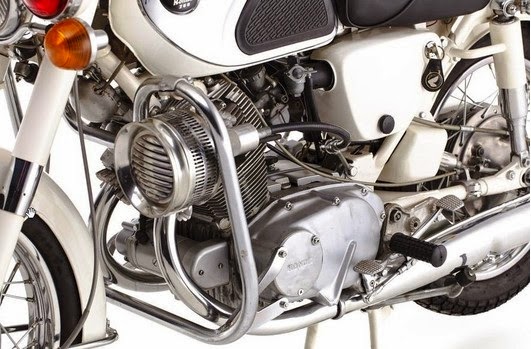 Sorry things have been a bit quiet recently but I've had a couple of computer and personal problems (ie – my Internet connection went down for a week, and I haven't been able to think of anything worthwhile to post!) Anyway, things should be back to normal now, whatever that means. 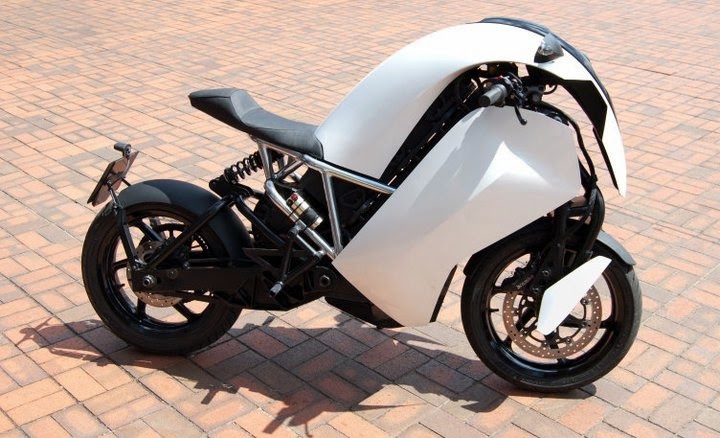 
British-built superbike is not one for timid travellers: it's light, fast and all-electric. But there’s no denying that the Saietta is expensive: the ‘S’ model costs £11,970 while the faster ‘R’ is a £16,770. To put that in perspective, the stunning Italian Ducati Streetfighter starts at £10k, while BMW’s market-leading superbike, the S1000RR, is ‘only’ £13k. Then again, the Saietta is more exclusive than either. 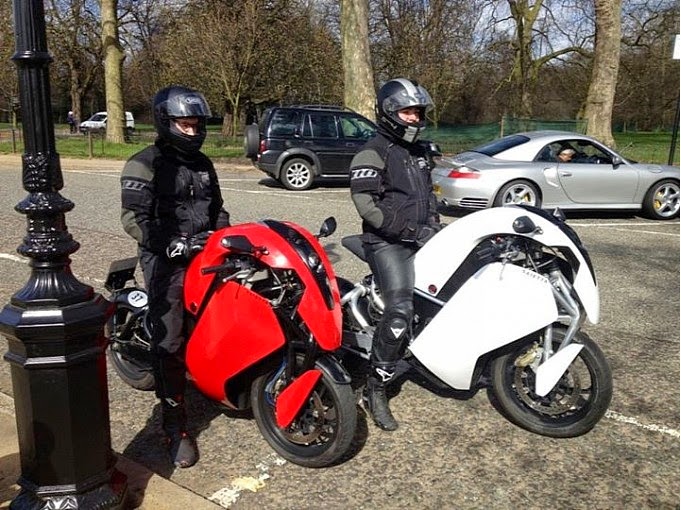