Sharp as a razor

I'm not usually a huge fan of 'supersports' bikes, but I just thought this was so well done. 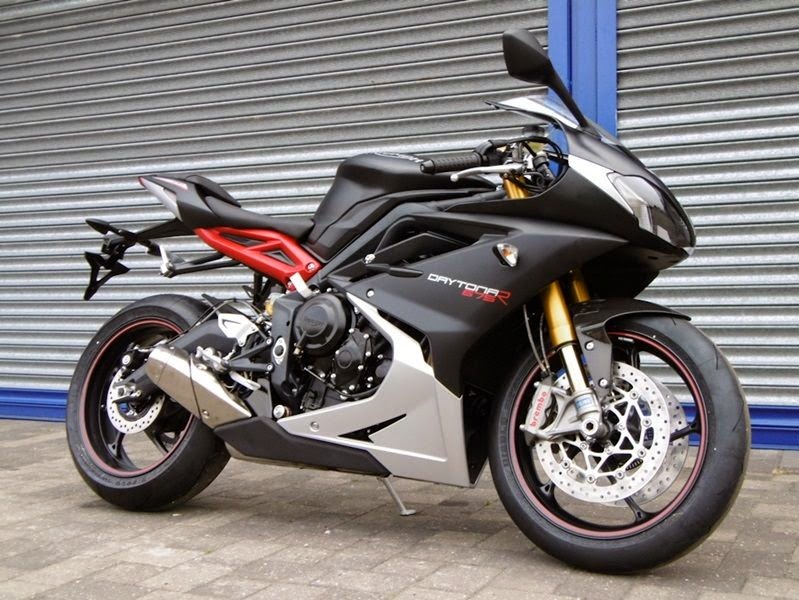 Look how sharp the stying is, love the way the exhaust follows the line of the fairing. 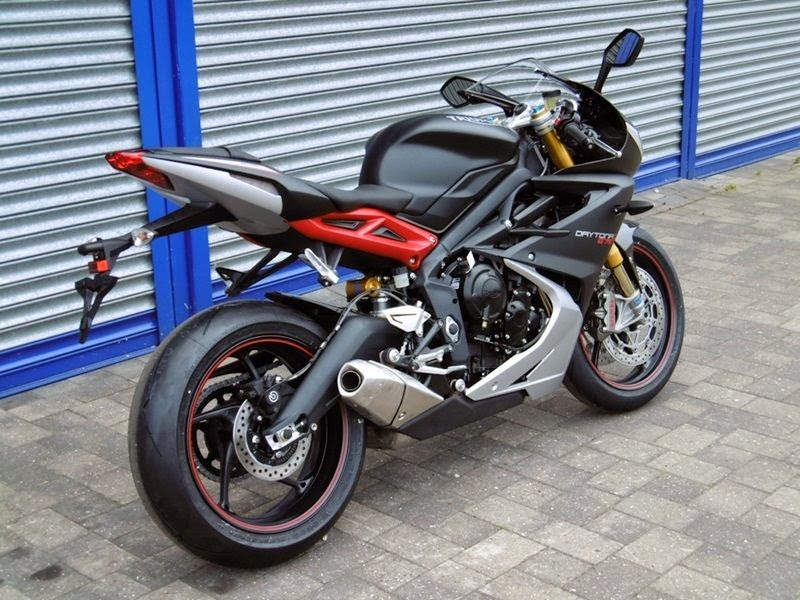 Sometimes while you're surfing the Web you come across something you'd never heard of. 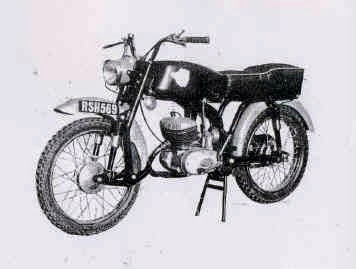 This is a Ridgeback, built in Harare, Zimbabwe (then called Rhodesia), between 1966 and 68.

I've got very little information on it other than it used a Sachs 125cc engine and less that 100 were built. Apparently, only 3 examples still exist: one each in Cape Town and Centurion (both South Africa), plus a frame in the National Museum of Zimbabwe.

This raises the question - were any other bikes built in Africa? I believe MZ two strokes were assembled from German parts in Egypt, Mozambique and (possibly) Angola, but does anyone know of any others?

I should have done a bit more homework before posing that question! I found a couple of references on the Web, but only one picture (significant?) if the Naseni M1, which claims to be a '100% made in Nigeria' motorcycle. However, since its launch late last year there doesn't seen to be any more information. 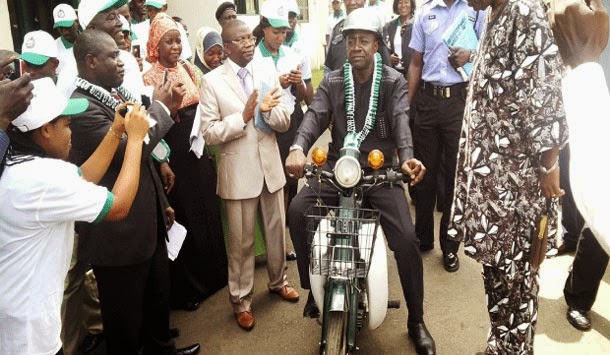 It's got an 80cc engine and as you can see from the photo, it has more than a passing resemblance to numerous Japanese step throughs. Whether this is a new design, an old Japanese design, or even an old Chinese copy of and old Japanese design I've no idea, and will let you know if I find any more information.

Remember back in January I featured the

that turned out to be the same as the

which turned out to be the same as the

Well, it appears that it uses the same engine as the 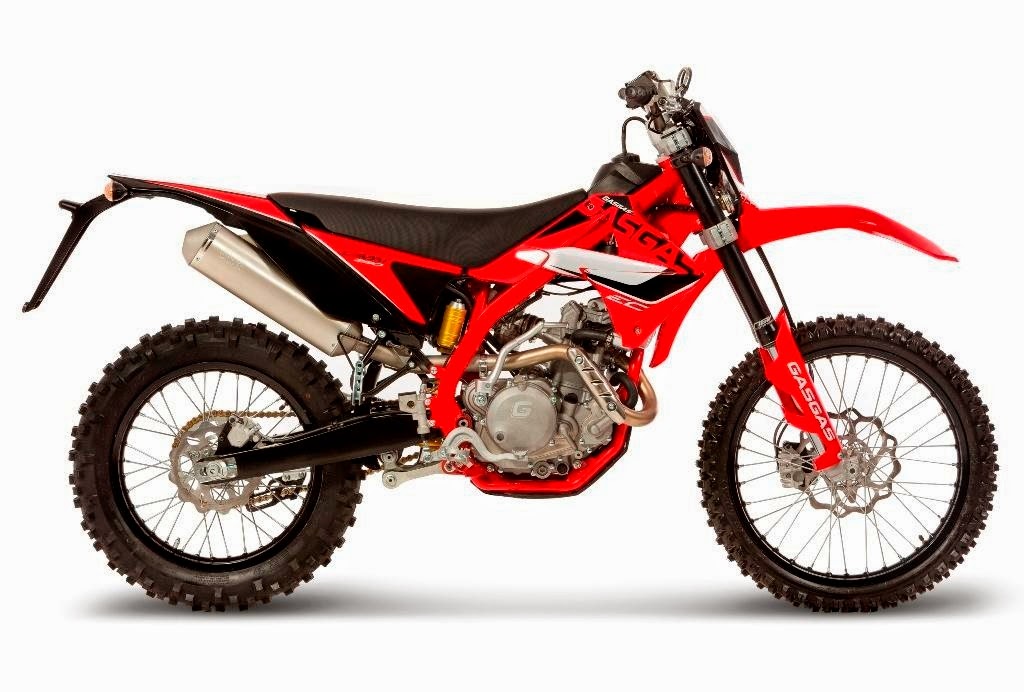 Sorry I missed last week - just don't know where the time went! However, this week's beauty more than makes up for it. 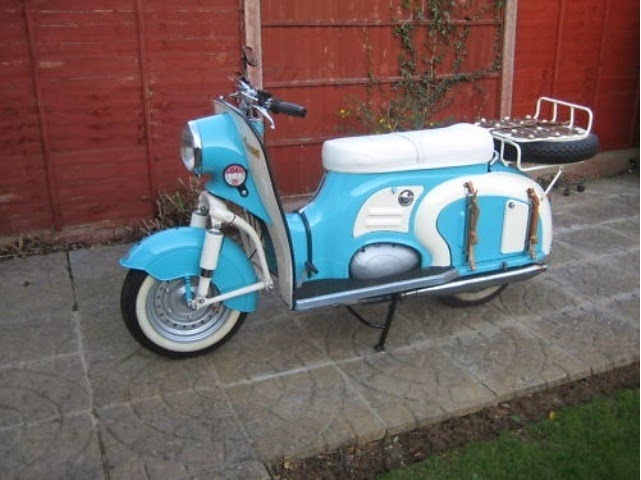 Rare British built scooter with the option of 225cc Villiers single and 250cc Villiers twin engines. Aimed to compete with the 'heavyweight' touring scooters from Heikel and Maico, it wasn't a commercial success. Interestingly it was offered with the option of exposed (above) or enclosed (below) front forks. 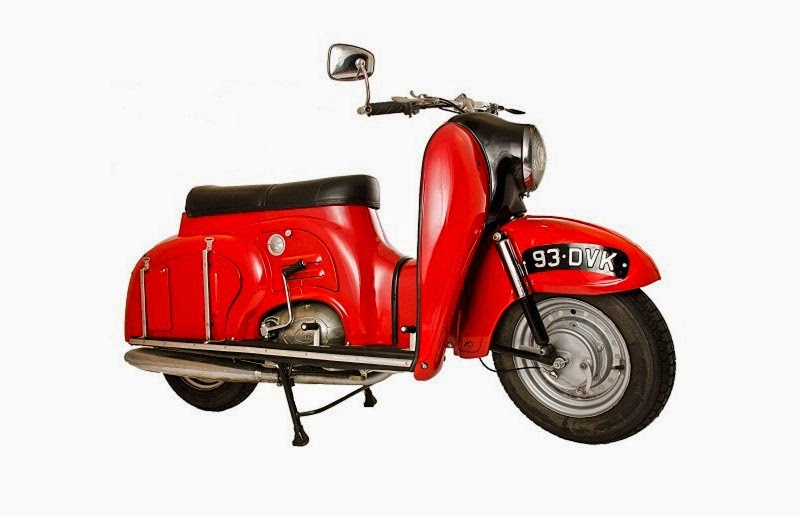 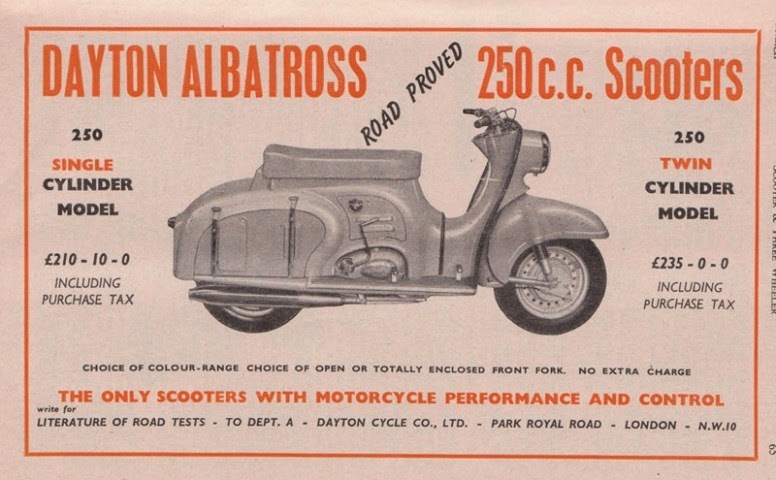 Another rarity that I thought about buying at one time. 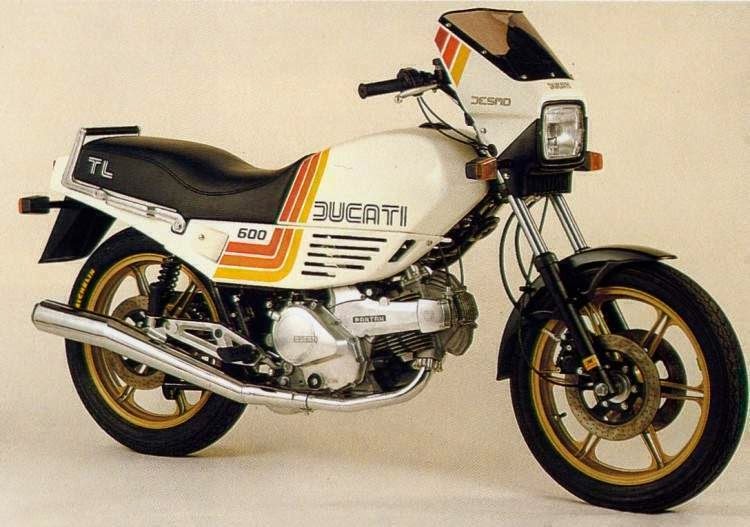 1982 Ducati TL 600
Back in about 1979, Ducati released the SL 500 'Pantah'. This was a major step forward from their old bevel drive twins, and featured the first of their line of belt drive cam engines. A success from the beginning, it gained almost cult status when it was increased to 600cc and received a restyle. 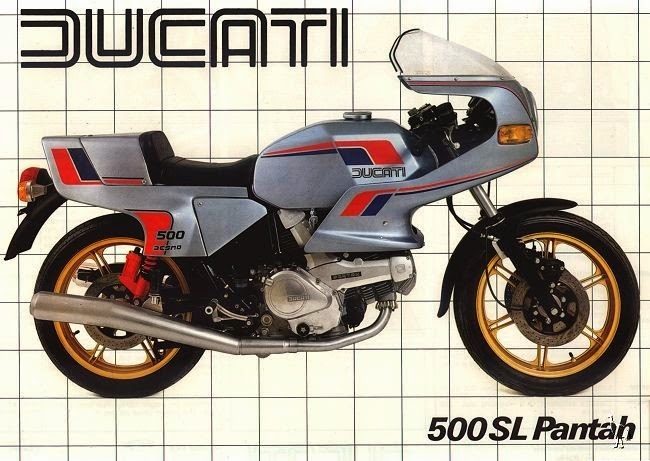 Although the Pantah was very expensive (about the same price as Ducati's 900s), its success as a racer in the TT Formula 2 class made it a very impressive package.
Ducati decided to built a road/touring bike off of the Pantah and the TL was born. Many of these were used by Italian Police, but it never really captured the puplic's imagination. It wasn't officially imported to the UK until Moto Vecchia offered them at a reasonable £1995. Even then they didn't sell very well, (I've never seen one), and I seem to remember that the price eventually came down to £1599. (Although I may be wrong - it was a long time ago!).
At the time (c. 1983/4?) I had my BMW and had done a bit of European touring on it, but I was aware that it was a big clunky and hefty, and thought the Ducati would make a lighter and more modern replacement. The BMW was worth about £800 - 900 at the time, so it wouldn't have taken finding a lot of money to get a new TL. 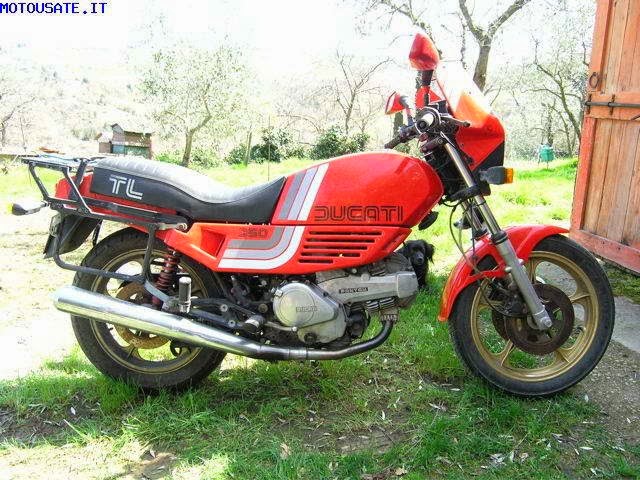 This is the kind of idea I had - buy the TL, fit a pair of Krauser panniers, and there's my new 'tourer'.
For a number of reasons that I can't quite remember, I never ended up buying a TL, and have never seen one since. It's fair to say that it got 'mixed reviews' in the press, so it's probably for the best that I didn't buy one. 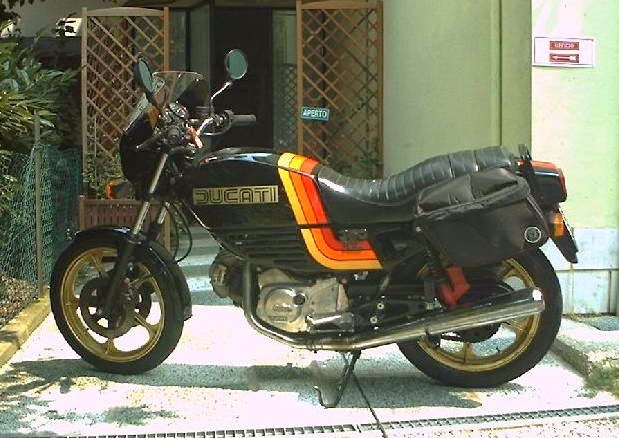 I also remember that you could buy a kit at the time to convert a TL into a TT Formula 2 race bike, and I believe that's what happened to most of them. Looking back, it probably wouldn't have been an ideal choice as a tourer - probably a bit fragile and a number of question marks over reliability. Also, my local Ducati dealer closed leaving the nearest 100 miles (160 km) away, and as the desmodromic valves mean that it pretty well needs to be dealer serviced, it would have been a bit impractical to own.
Here's a video of one: YouTube.
And some details: MCS.