Took part in the VERY wet DGR today in Glasgow. Despite the weather there was a very good turnout and I think everyone enjoyed themselves. I had to wear waterproofs over my suit, but my (non-motorcycling) boots and allegedly 'waterproof' gloves soaked through fairly quickly. I also wore an open face helmet for the first time since I was 17, and now know why - my face felt like it was being sandblasted when I was riding in the rain!

Despite the bad weather, I managed to take loads of photos, so here's the first selection of them. More photos and a more complete write up later. 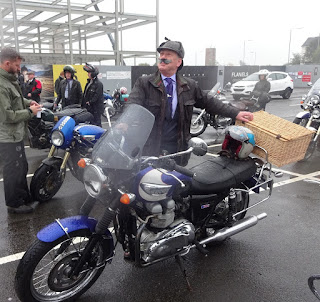 We met up at the Fort Shopping Centre - yes, that's me!

We then made out way to George Square in the city centre. - Just look how wet it is! 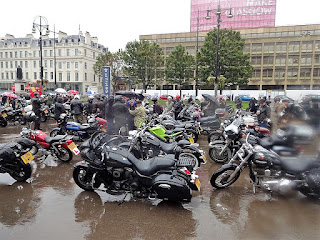 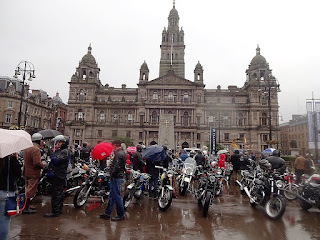 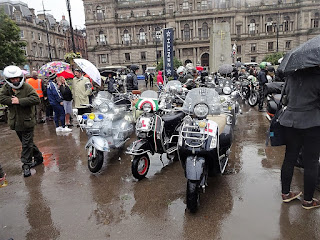 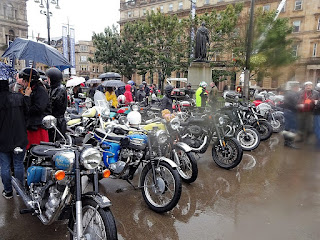 We then headed to Triumph Glasgow's showroom at Hillington. 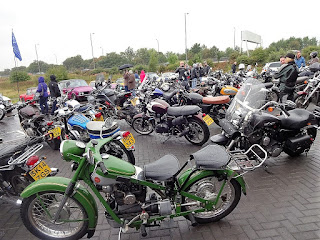 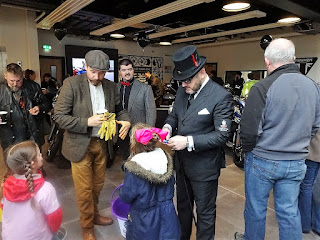 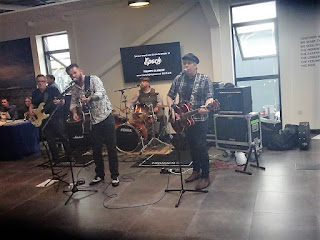 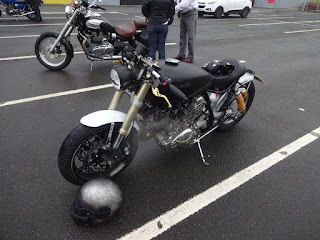 One of my favourites. This used to be a Yamaha XV750 Virago - looks a lot better now! 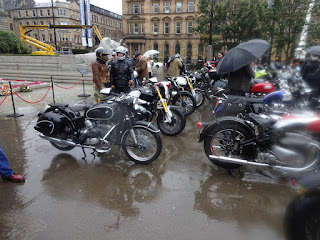 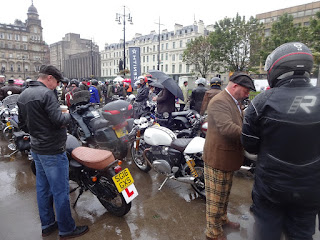 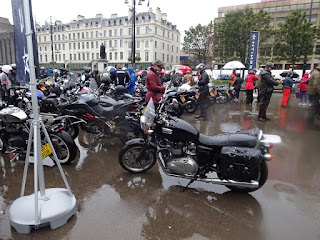 Is this yours, Shirley? 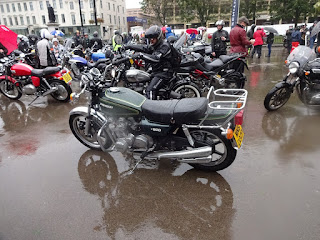 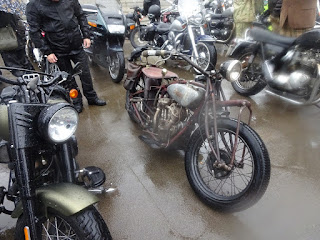 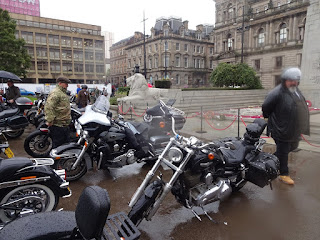 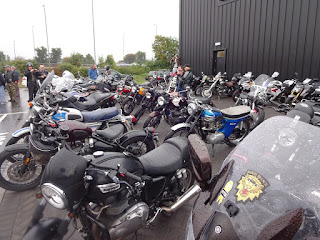 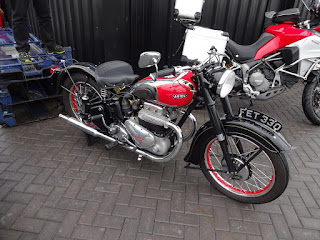 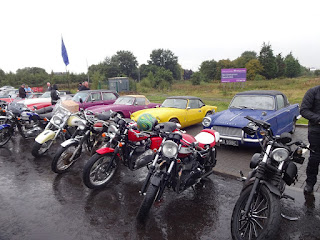 There was also a display by the classic Triumph car club 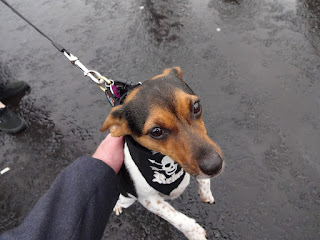 This dog was so friendly that I had to take its picture! 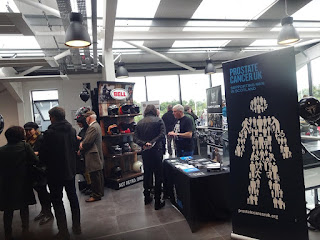 One of the charities we were raising money for.

My brother came to see the Ride and took a couple of photos of me (from his blog). 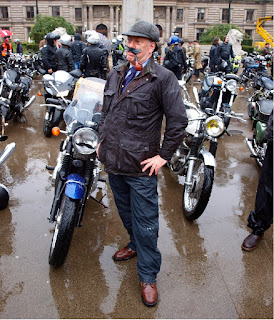 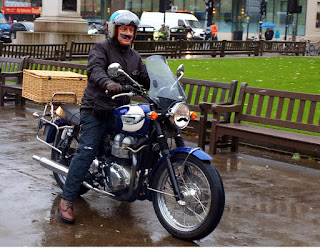 Me arriving at George Square.

The Distinguished Gentleman's Ride - less than a week to go!

That's me got all of my riding ensemble ready, the bike just needs a good polish and its fetlocks oiled, and I'll be ready for the Distinguished Gentleman's Ride on Sunday.

So far, there are 63,000 riders booked in worldwide, with 147 on the Glasgow ride I'll be taking part in. Donations have reached US$2.6Million (£1.9 million), more than halfway towards the target of US$5 million (£2.6 million). The Glasgow ride has raised £6750 so far, but there's still plenty of time for you to donate!

For understandable reasons, the organisers don't give out route details to non-riders, but if you happen to be in George Square in Glasgow at about 11:30 - 12:00, you might just see us!

There's still time to register for your local ride here, and feel free to donate on my fundraising page here. 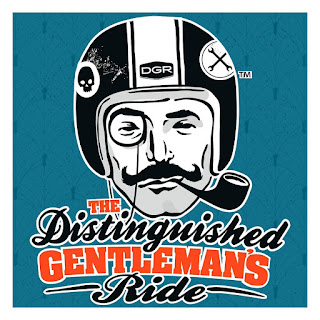