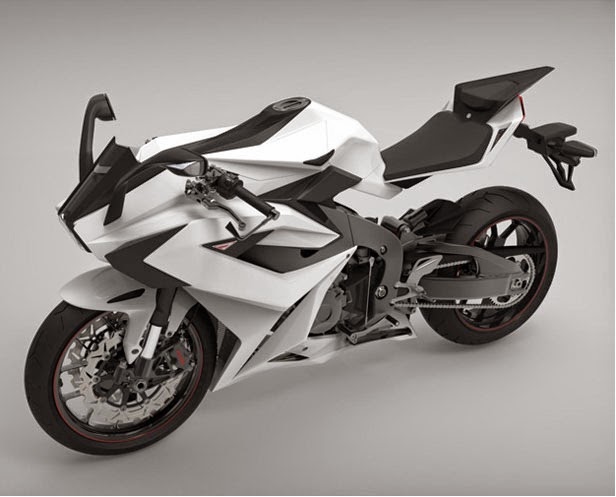 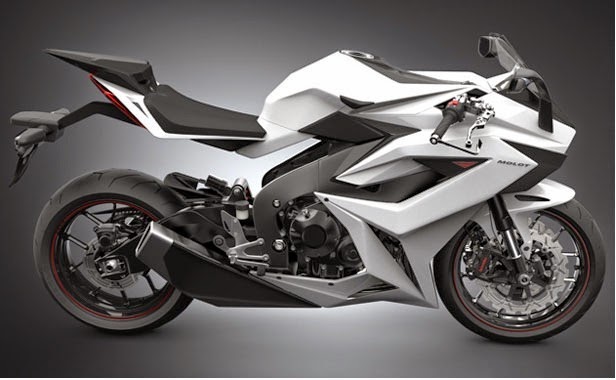 Built in Russia and based on a Honda CBR 1000 RR, the 'Molot' boasts loads of technology and interesting styling.
More here,  and on the company website. No mention of price or availability, though!

....and you can tour on small scooters

Found this on the Web. Sorry, don't know who the author is, if anyone does please let me know. 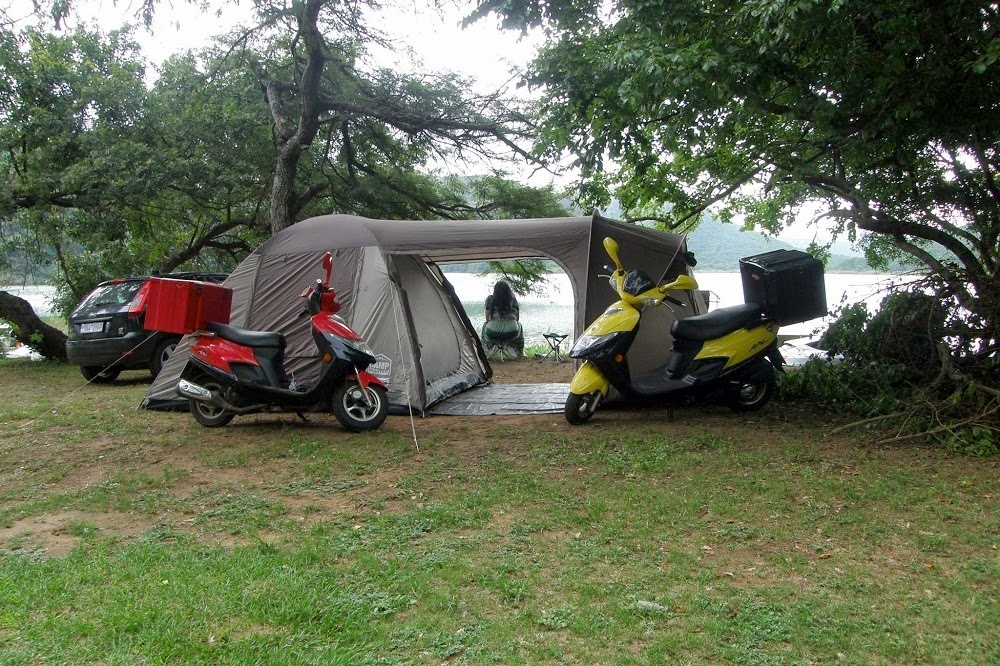 I don't own a car but my wife and I ride Suzuki AN 125 Scooters . We live in Durban and we have been to the Cape and back. Last December we went to Mozambique and back. We love camping and fishing we carry a double dome tent, double bed blow up mattress, 2 sleeping bags , our feather pillows, 2 chairs, Poetjie , braai , charcoal , food .clothing , a boat (Marina 3 inflatable ) battery engine, battery , fishing rods, tackle and more on our scooters . Everything you carry on your bukkie and trailer we have . People cant believe it . We are really having fun and saving loads of money 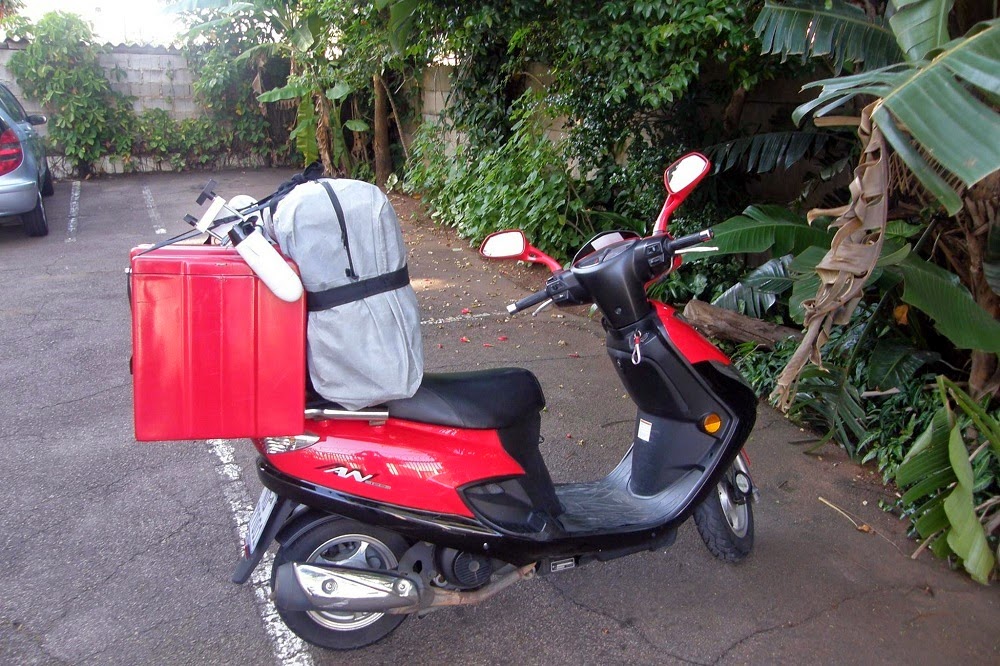 Poetjie = cooking pot, and braai = barbeque grill. Not sure what 'bukkie' means, but you get the idea. Carrying an inflatable boat? That is superb!

You're going to have to raid the piggy bank to buy one of these! 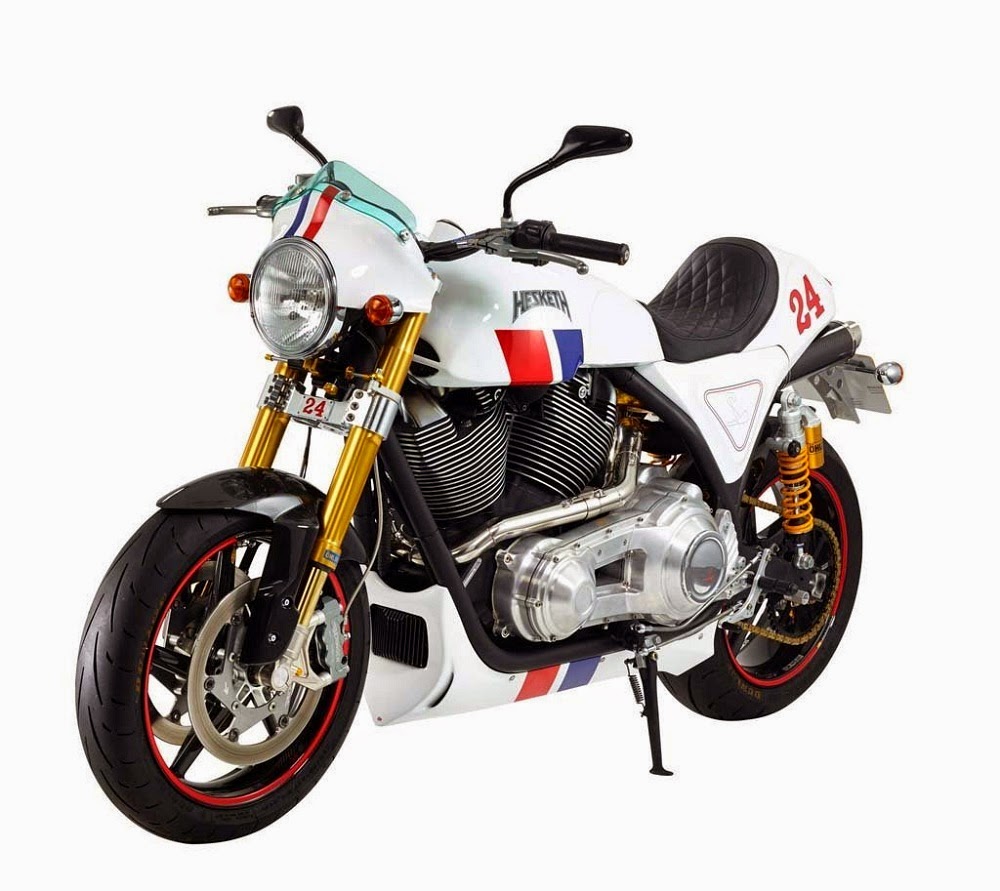 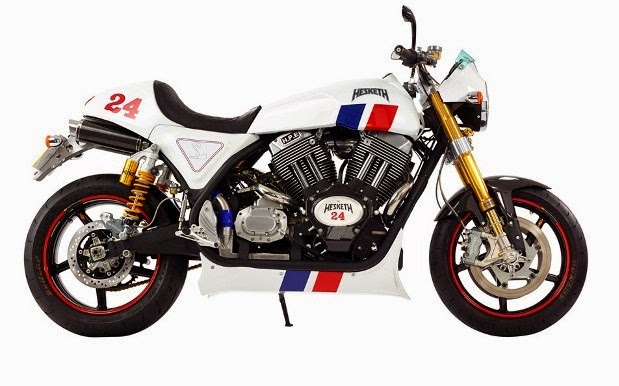 Powered by a 1950cc S&S X-Wedge engine, the 24 is so named as there will be only 24 of them built. This probably means that they will go into collections and never be ridden on the road. 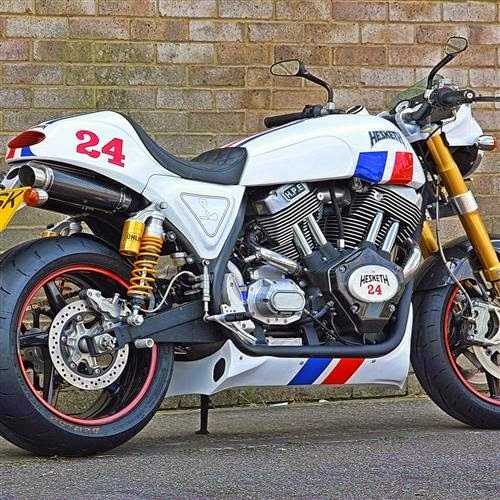 Following on from last week's 'Friday bike', I was still looking for a replacement for my BMW. Another bike I seriously thought about was: 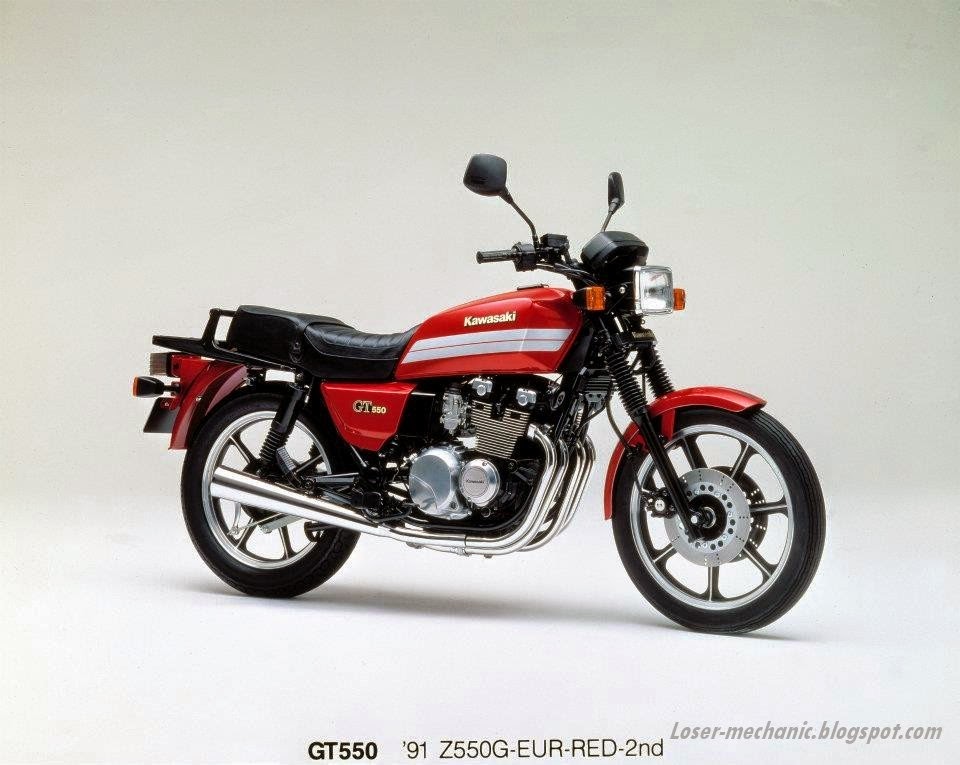 As a tourer the GT had a lot going for it: sensible riding position, shaft drive (was thought important then), big (22 litre) fuel tank, and low exhaust that allowed panniers to be easily fitted. 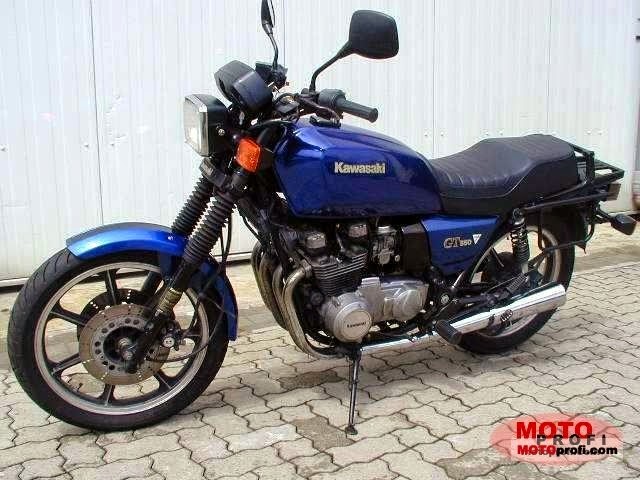 A very popular bike at the time with many racking up huge mileages at the hands of couriers.
My plan would have been to fit panniers and a screen/small fairing, and use it as a general runaround/commuter that I could also use for European trips.

When I was looking on the Internet for pictures of a GT550, I came across this example. You can't deny its got a lot of luggage carrying ability! 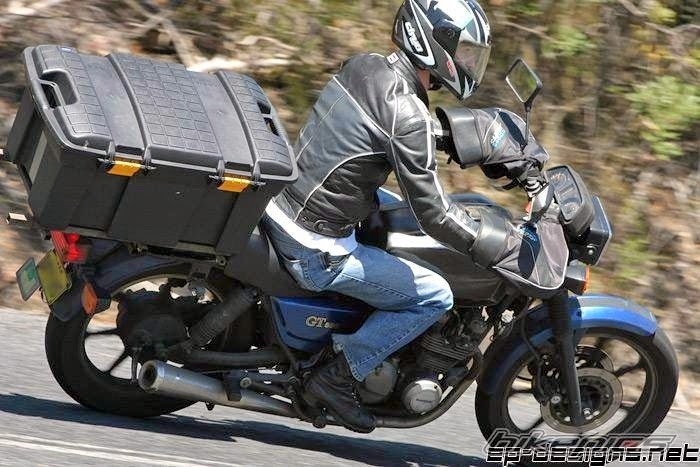 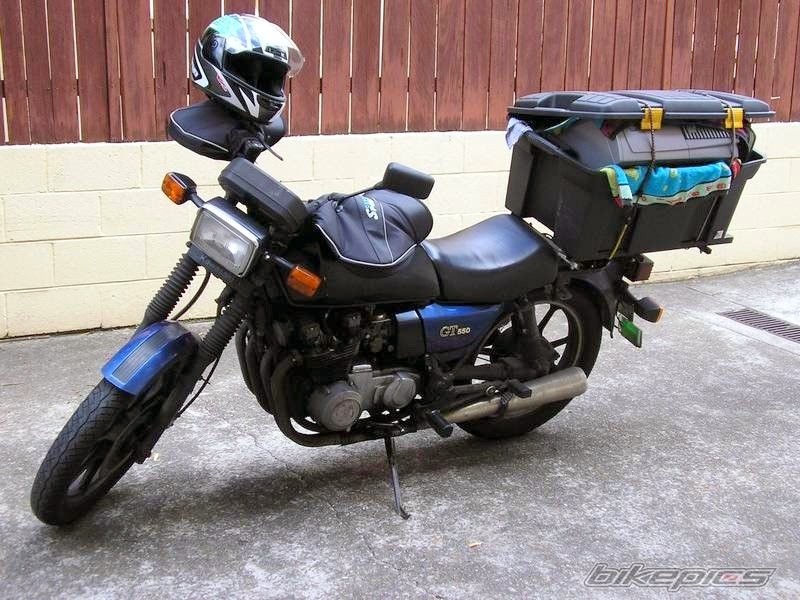