I think there be some mixed views on this one! Honda NM4
Originally shown as a 'concept bike', the NM4 will be released as a production model in the US in June. Based off the NC750/Integra, it features a low saddle height, scooter type riding position, and , ahem, 'distinctive styling'. 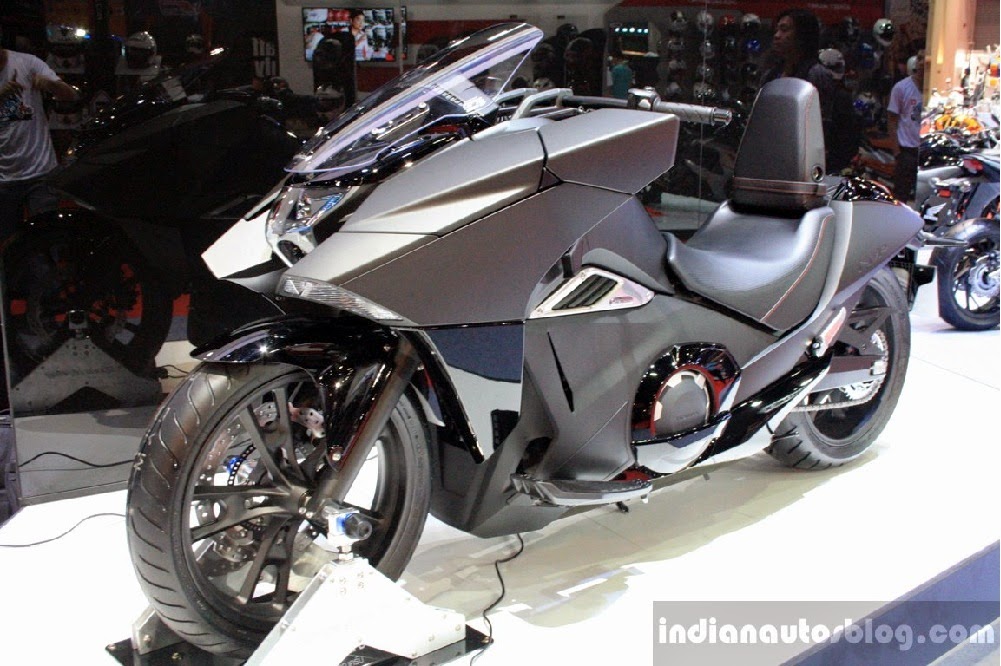 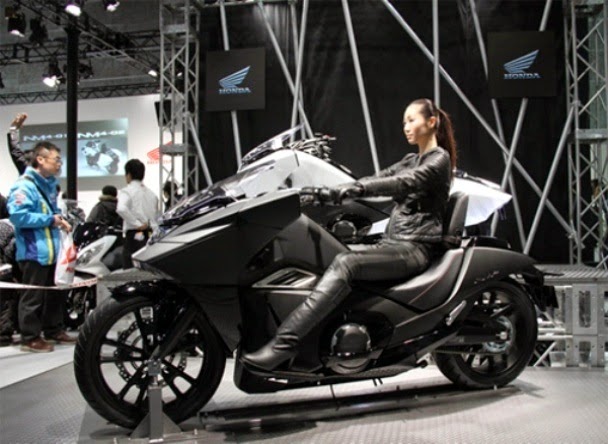 It will be available either with or without the rather strangely shaped panniers, (pannier version to be called the NM4 - 2), and it's 'unique feature' is that the instrument backlight colour will be changable at the press of a button. 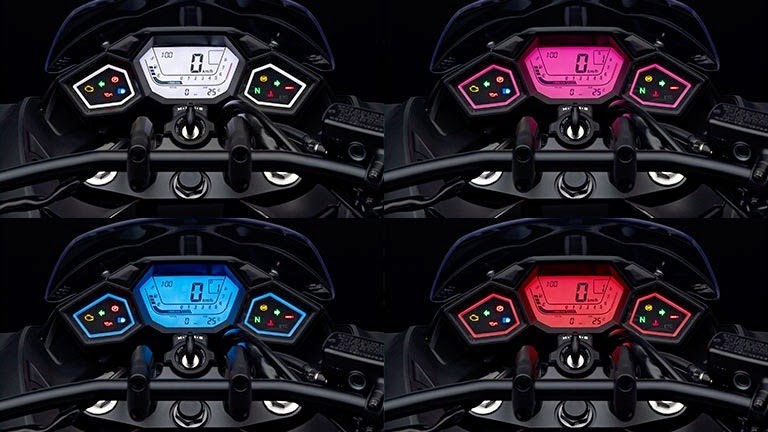 More details on the Honda US website, and I read on the Web that Honda UK are thinking about importing 25 for sale here. Do they think that there's as big a market as that for this bike?
My view is that they've taken one of the most interesting designs they've had for years and made a bit of a pig's ear out of it. The NC750 and Integra are very well developed bikes, so why do they feel the need to make something as hideous as this out of them?

Just look at the workmanship:

This one's been 'doing the rounds' recently, and shows a group of Canadian riders who spotted a lost and dehydrated baby moose and stayed with it until the rescue people turned up. Very popular bike at the time, a couple of my friends had them, the RD400 was sporty, fast, and handled well. Almost every one I saw was blue, but other colours were available. 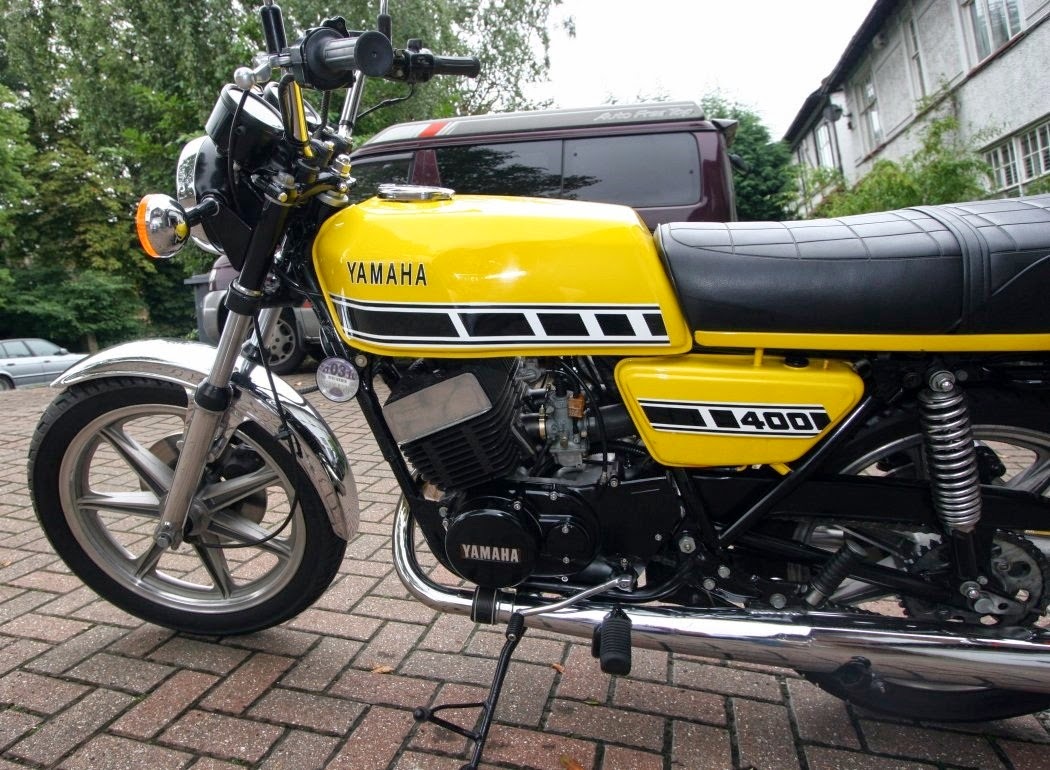 The later ones were white, with the last batch sold in the UK having red wheels. 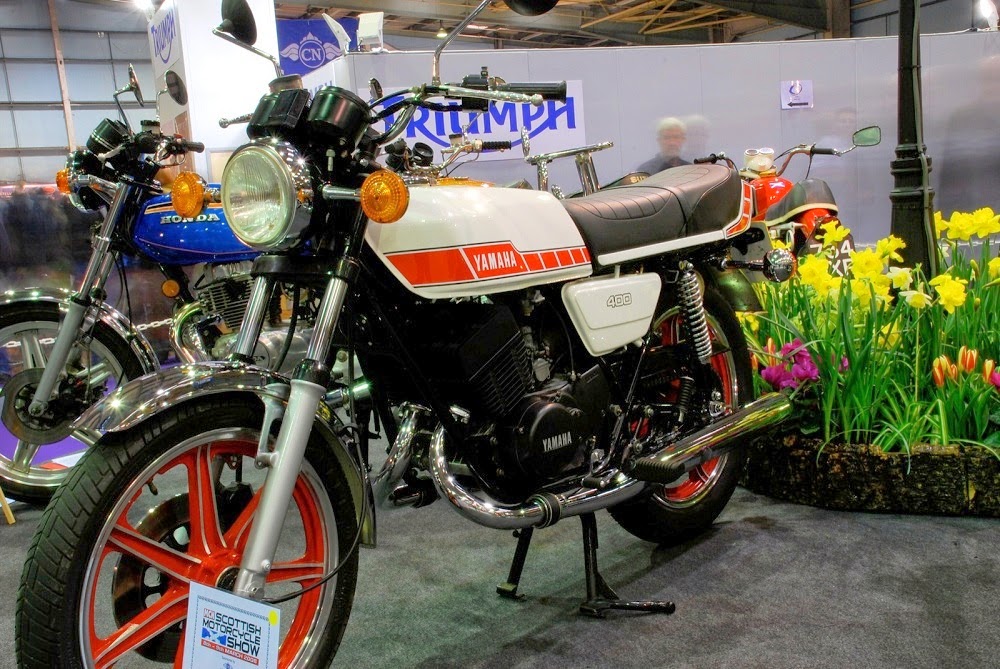 I dropped this from my 'possibles' list as I was planning on going touring and I thought that the RD was a bit 'frantic' and had too heavy fuel consumption for long distance work.
There was another version of the bike, the 'Daytona Special'. Sold in the US but not the UK, this had different styling, an engine with a 'ram air' head, and (I think) some sort of exhaust valving to reduce pollution. I'm not sure of dates, but I think we got the watercooled RD350LC instead. 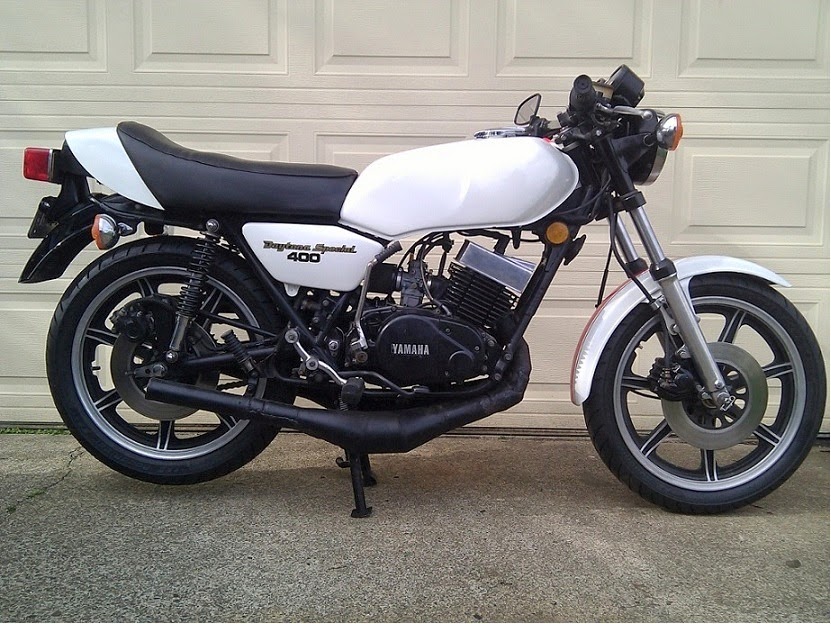 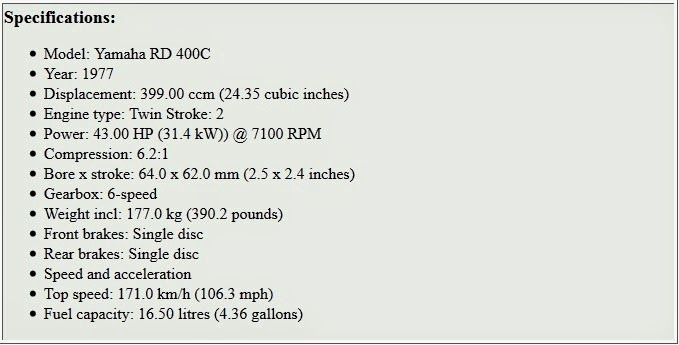 What it's all about

For my non motorcycling friends - this is why we ride bikes!

If any of you within travelling distance of Glasgow would like to take part in this year's run, here are the details: 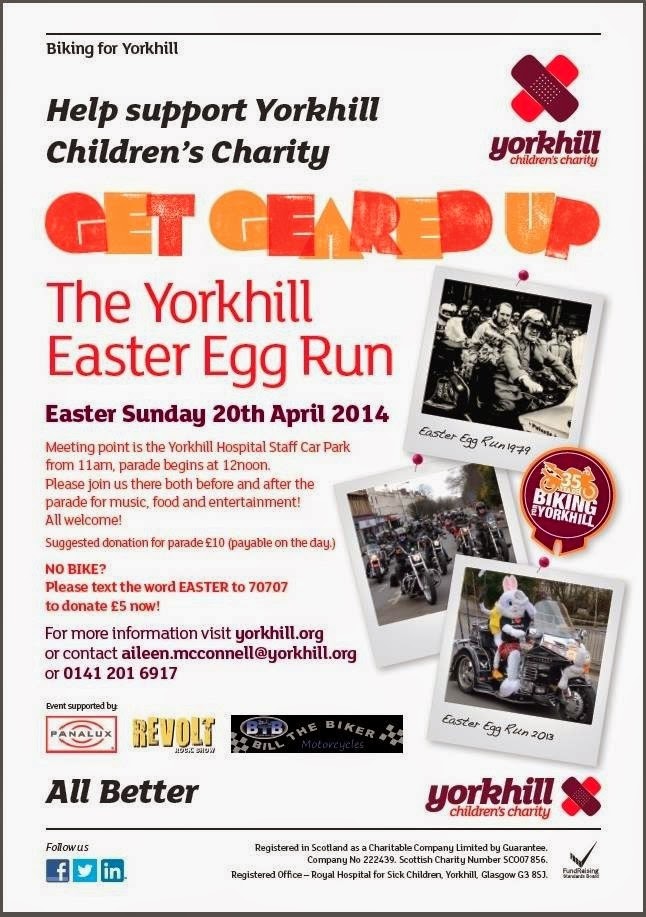 Basically it's a case of turn up, give a donation, and go for an organised run round the West End of the city. 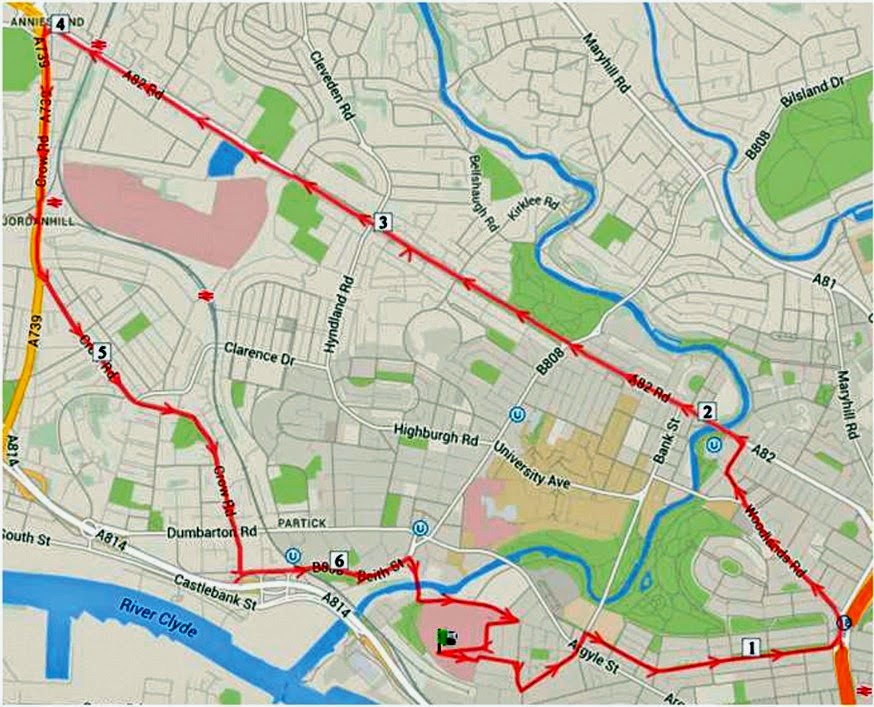 Last year about 850 bikes took part and raised £25,000 for the hospital.Fancy dress is encouraged. (Now, where did I put my glitter mankini?) 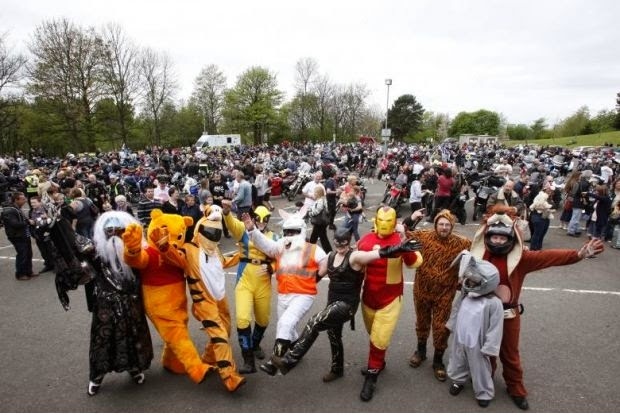 Another 'bike I nearly bought'. 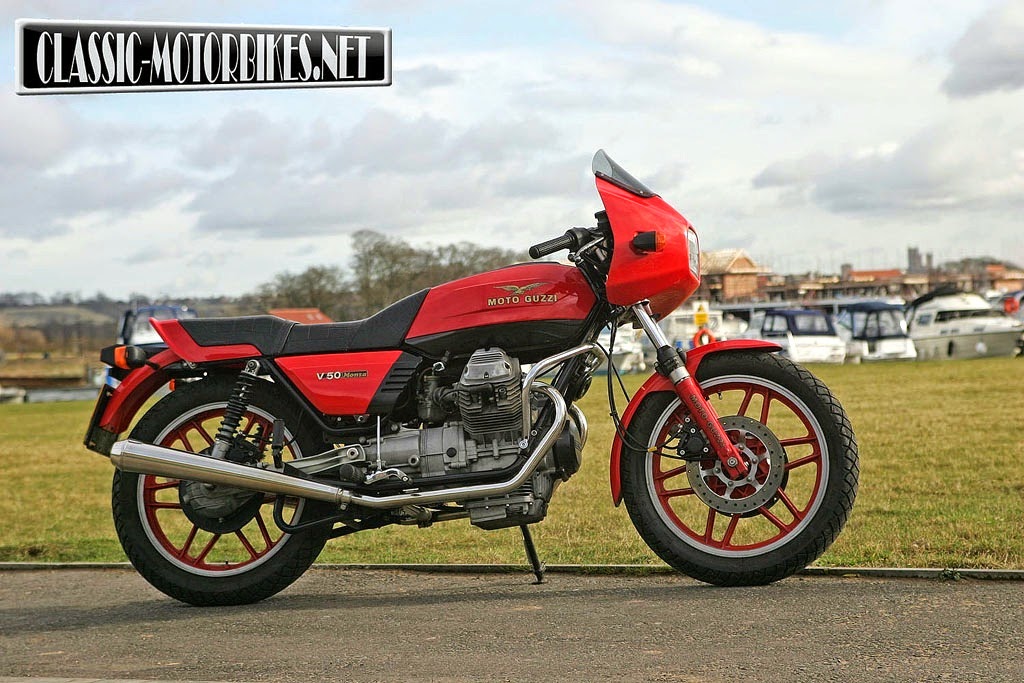 Back in about 1981 I was starting to get tired of the limitations of my SR500, so was  thinking about what to buy next. I still had a hankering for European touring, so a friend and I planned a camping trip to France. We hit upon the the idea that we would both buy the same model of bike (to minimise spares we had to carry), and after a lot of delibertion, decided on the Moto Guzzi V50 Monza. This was the 'sportier' version of the popular V50 with lower bars, fairing, different saddle and upswept silencers. So we started saving, planned selling our existing bikes, and a few months before the holiday buy a pair of Monzas, fit them with Krauser panniers, and the world would be our oyster. 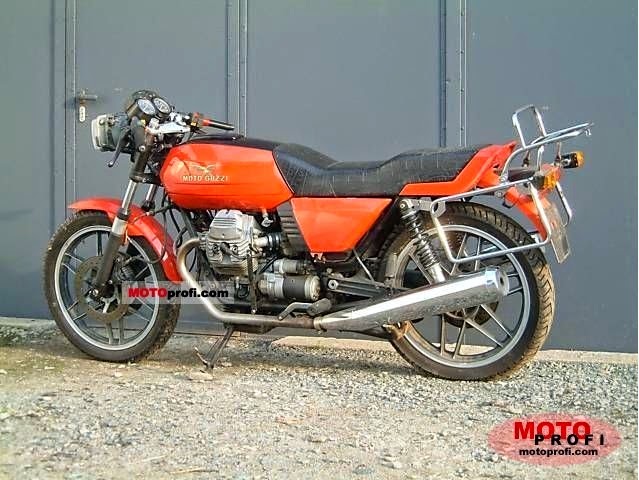 Except, of course, it didn't work out that way. I had real difficulty selling the SR500, and after about 6 months of trying had to accept a much lower offer than expected to get rid of it. Also, I was offered a BMW at a really good price, so bought that instead. My friend bought a Ducati Darmah (which rarely left his garage!), and our European trip never happened. 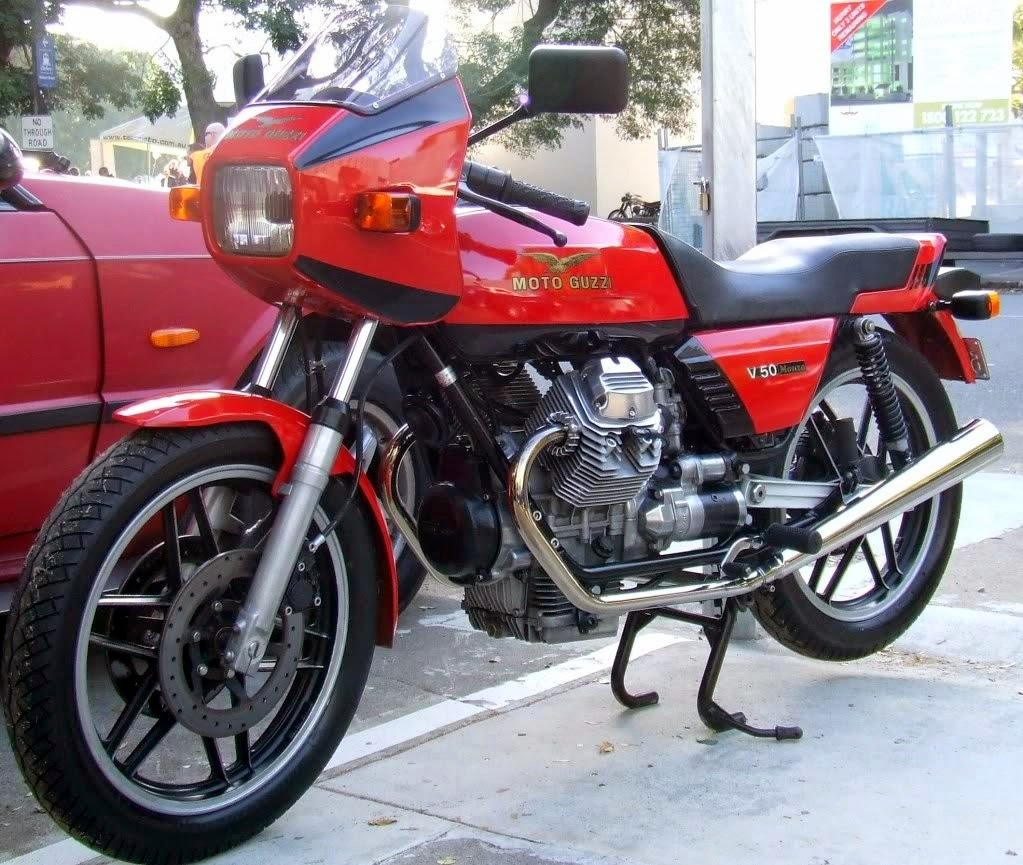 Still think the Monza is a good looking bike, but very rare now as it only sold in small numbers compared to the 'standard' V50 model. 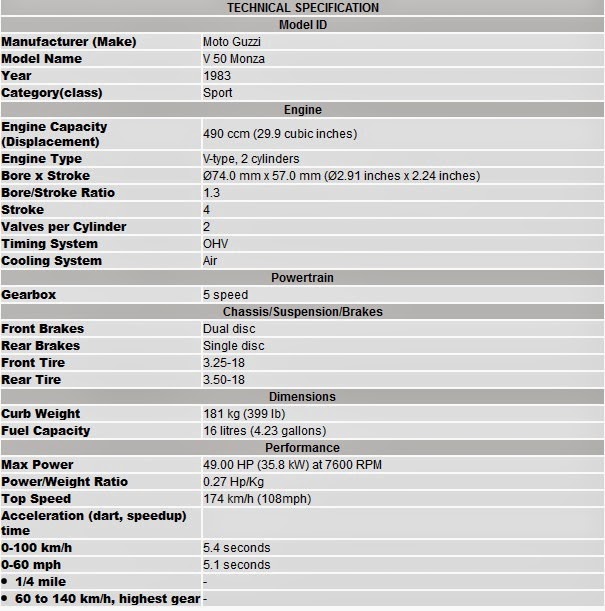