Sorry for not posting earlier but I've been very busy since I got back and have only just been able to go through the hundreds of photos and numerous videos I took.


Set at about 07:30 for the fairly boring drive to Cropredy. Not much to report about the journey other than it was fine weather and the traffic after Lancaster, and particularly through Birmingham, was heavy and slow. Eventually got to Cropredy about 14:30, and drove through the village, which was full of festival goers, until I managed to find one of the camping fields which wasn't yet full.

Eventually I was led to my camping spot by a group of hardworking Boy and Girl Scouts who were managing the traffic. Unusually for a festival, you can park next to your tent so you don't have to lug your stuff across a field. Tent was quickly put up and I headed down to the performance area to get my wristband for the weekend. 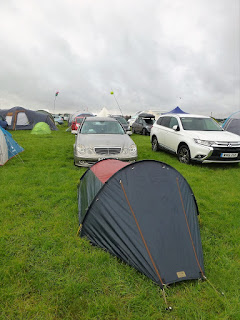 The performance area is a gently sloping field with he stage at the bottom. This means that people who want to sit do so behind a line which allows them to see over the heads of the people standing in front of the stage. 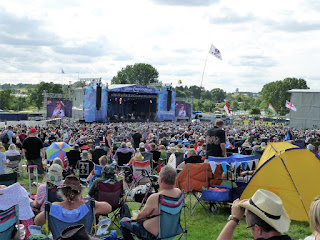 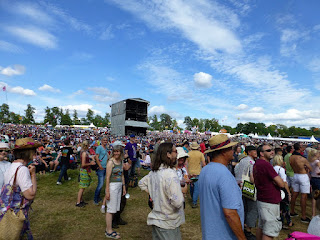 Festival started at 16:00 with a short introductory performance by Fairport Convention. 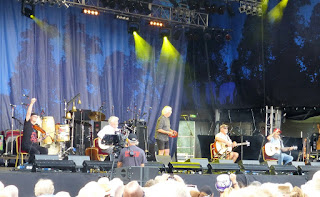 After that there was a sequence of performers, very quick half hour equipment change, and the festival ended that night at 23:00. 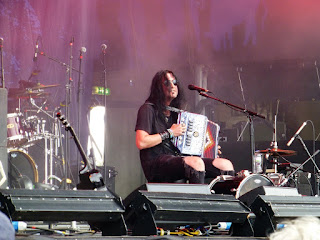 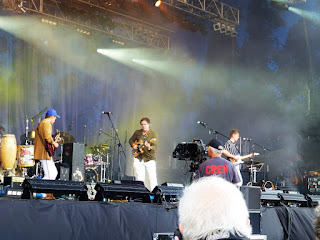 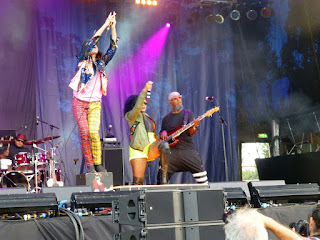 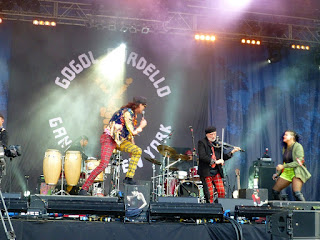 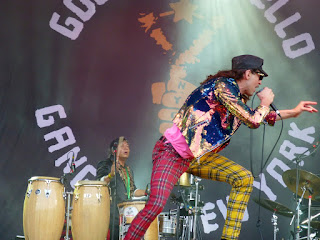 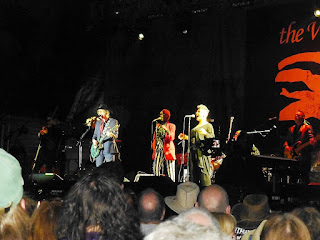 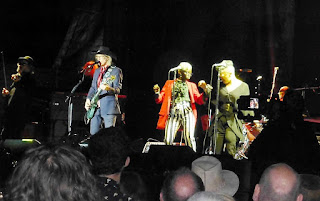 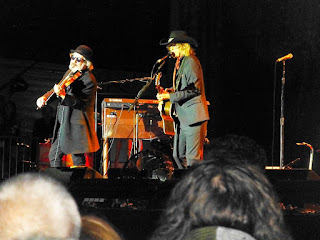 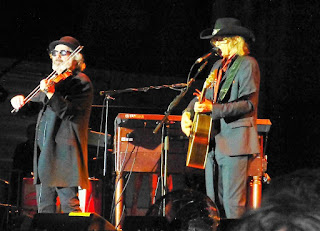 All really good acts with Gogol Bordello putting on an amazing, energetic performance. I hadn't heard of them before, so that was a treat. 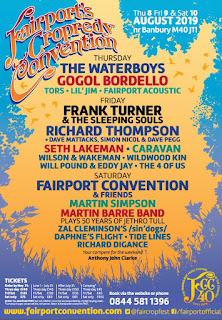 It's a mostly folk festival and I've seen 3 of the acts - Fairport Convention (the hosts), Seth Lakeman, and Wildwood Kin already this year; I've seen Richard Thompson numerous times; and I saw Martin Barre (with Jethro Tull) and Zal Cleminson (with The Sensational Alex Harvey Band) over 40 years ago.

Cropredy is about 350 miles / 560 km from me, so I'll leave early in the morning and hopefully will get there and set up before the festival starts at about 16:00. 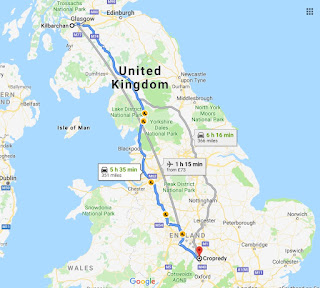 I'll be camping, I'd camped for the first time in about 10 - 15 years earlier this year (wet weekend in Wales), so I know my 36 year old tent is still waterproof! Weather could be a bit unpleasant, Thursday and Saturday look reasonable, but Friday looks a bit miserable. 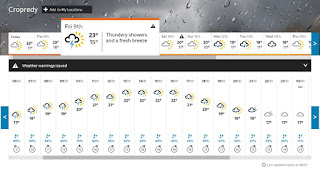 Another festival this weekend, Boardmasters in Cornwall, has already been called off due to weather, but Cropredy still seems to be going ahead. 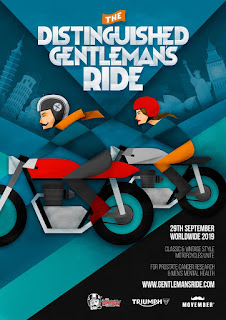 I'll be taking part in the Glasgow Ride of the Distinguished Gentleman's Ride again this September. Last year I rode with my friend Jane on the pillion (only her second time on a bike!) and the weather was a bit kinder to us than in 2017!!! 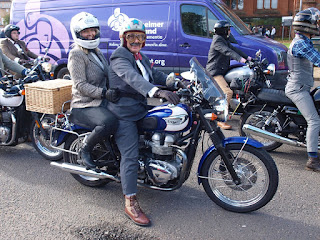 'Riding Dapper for a Cause

The Distinguished Gentleman’s Ride unites classic and vintage style motorcycle riders all over the world to raise funds and awareness for prostate cancer research and men’s mental health.
The Distinguished Gentleman’s Ride was founded in Sydney, Australia by Mark Hawwa. It was inspired by a photo of TV Show Mad Men’s, Don Draper astride a classic bike and wearing his finest suit. Mark decided a themed ride would be a great way of connecting niche motorcycle enthusiasts and communities while raising funds to support the men in our lives.'
Last year we raised US$6.2 million, with 114,000 riders in 648 cities in 102 countries taking part. This year's target is US$7 million, so I'm asking for others to take part and/or donate.

You can find details of the rides on this page, use the put down menu to find your country, then choose a ride from it.

Alternatively, you can donate to any ride or any rider taking part, so pick one near your home town, 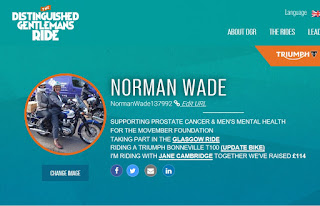 Donate to my page here.

Some photos from last year: here.

Video shot by Jane from the back of my bike: