Following on from the success of the North Coast 500, another tourist route in Scotland has been launched, the North East 250. As the name suggests, this is a loop round the North East and has a good mixture of coastal roads and routes through the Grampian mountains.

I've probably ridden the majority of the route and one time or another, and it's definitely worth thinking about if you're planning a trip to Scotland. As for us who live in the Central Belt, this could easily be done in a long weekend. 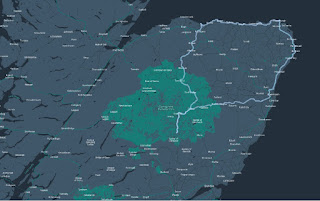