In Britain there is a tradition of motorcyclists taking part in organised runs at Easter to raise money for children's charities. Back in 2015 I took part in the local run to Yorkhill Hospital in Glasgow. This was a really well organised run that took us through a number of areas in the West of Glasgow and local people came out to wave and cheer us on. It finished at the hospital where there was entertainment, food, and children were brought out of the hospital to see the bikes. It was a great day out that raised a lot of money for the hospital.


By the following year, Yorkhill Hospital had closed and children's treatment had moved to the new Royal Hospital for Children. I had intended taking part in this run, but was too unwell and only went to the end of the run only to see everyone leaving. Speaking to people later, the run had been a disappointment – much shorter and through largely non residential parts of the city, and ended up at a muddy carpark outside the hospital where there was no entertainment, no food, and no interaction with the hospital or its patients.


Because of this, I didn't bother going last year, but the subject came up again this year and some members of the Triumph Owners Club Glasgow Branch were going to an Easter Egg run starting in Falkirk organised by the Carronvalley MCC  in aid of Children's Hospices Across Scotland. 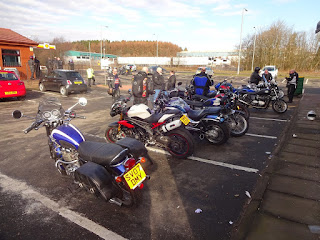 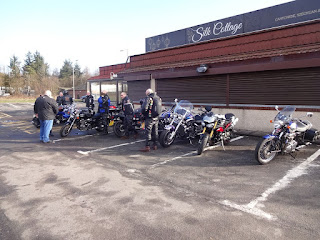 
We met up a café in Cumbernauld for coffee and rolls, then rather than make the 15 minute journey to the starting point at the Falkirk Wheel, it was suggested that we take a backroad route through some villages. This is where things started to get weird!


Now, it should have taken no more than 20 minutes for us to do this journey, but it ended up taking an hour and we had to do a number of U-turns, ask directions, etc before we got to our destination. I don't want to say that nobody knew where we were going and we got lost, but it all went wrong after we passed Bonnybridge, Britain's centre for UFO sightings! I can only assume that we were abducted by aliens, had our minds probed, our memories wiped, then deposited on a country road with no idea where we were! 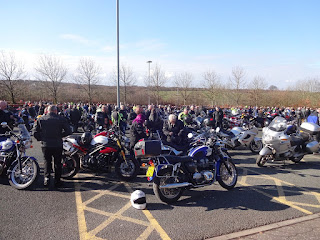 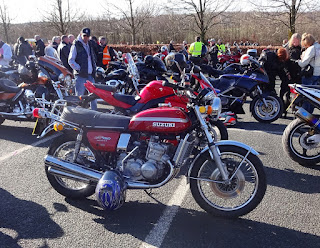 Long time since I've seen one of these! 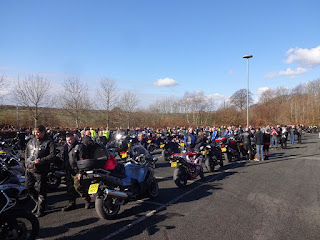 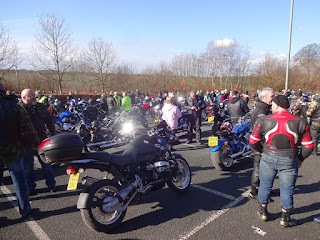 We eventually got to the Falkirk Wheel where there were hundreds of bikes gathered.


We got the signal to start, and the run was incredibly well organised – Police motorcycles travelled with us and arranged 'rolling roadblocks' at roundabouts and junctions so the bikes could stay together, and when we arrived at the motorway, one lane was coned off so we could enter without having to give way. 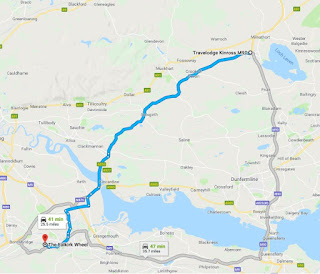 The route went from Falkirk to the Clackmannan Bridge and along the A736 to the M90 Services at Kinross, a journey of about 25 miles/40 km, in bright dry weather. As we passed through each village, people lined the streets waving to us and cheering us on.


Once at the Services, I got something to eat and wandered around looking at the hundreds of bikes there. 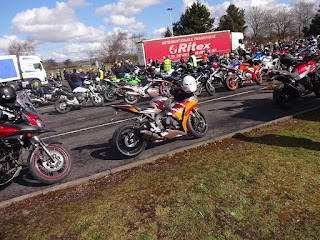 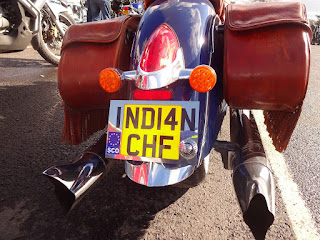 Interesting arrangement of the registration number! 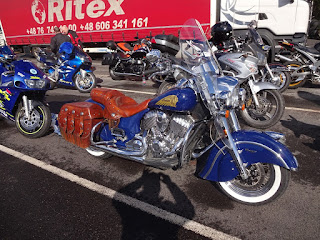 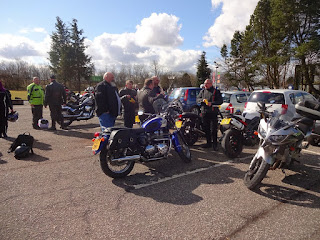 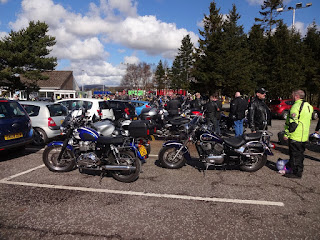 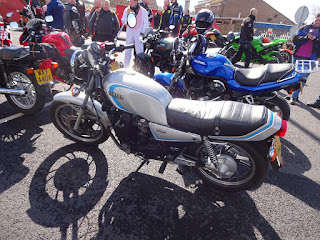 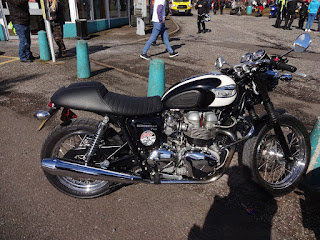 A good day out, no idea how much money was raised, but it must have been thousands of pounds.


Many thanks to Carronvalley MCC, Falkirk Wheel, Kinross Services, Police Scotland, the various councils, and everybody else who helped make this such a good event.