To show that it's not just motorbikes I blog about, here's something about cycling.

The time trial is being held on a route based around Stewarton, North Ayrshire, on the 20th. 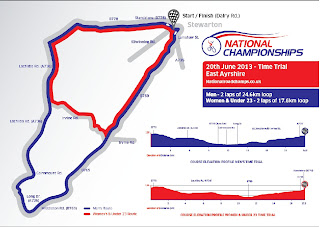 Not too many climbs, so should be a fast course.

The road race is being held on a circuit through Glasgow city centre on the 23rd. 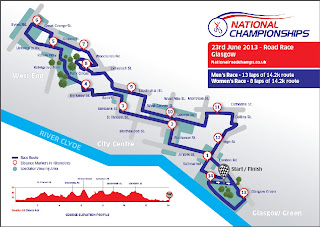 Those of you who know the city will see that it's a fairly challenging course, and the climb up Great George Street and Gibson Street is particularly tough. It also takes in some of the city's best architecture, so should look good on the telly. Well worth a look if you're nearby. More details on the website.

OK, you want a song and here's the most suitable one I could think of. I've used a bit of 'editorial judgement' over choice of video. When this first came out, the video included naked women riding bikes round a track. It was regarded as being a bit 'naughty' at the time and the video was shown on mainstream television programmes. There was an alternative version where the nudity was obscured by rubbish 80s video effects, plus this 'stage' version featuring only the band.
Whereas I don't think the video could be regarded as 'offensive', I think with the passage of time it's a bit 'inappropriate', and Brian May has expressed some regret over it saying 'you wouldn't do it now'. If anyone's really interested, the other versions are on Youtube, just search under 'Queen Bicycle Race', but despite what Freddie sings, the video does not contain any 'fat bottomed girls', so I hope you're not disappointed!