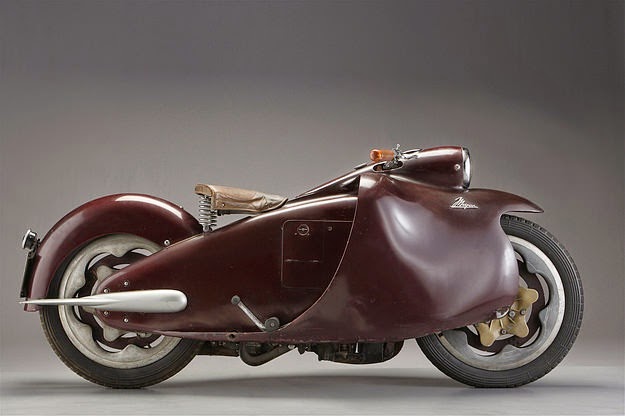 "Torinese engineer Salvatore Majorca created the revolutionary Moto Major straight after WWII. Apparently it was an engineering rather than styling exercise, but 60 years on, its shape is still breathtaking. The wheels, in particular, would not look out of place on many modern motorcycles."..."The Major, born in 1948 on a draft of an engineer in Turin, Salvatore Majorca. Its aim is very clear: to create a very exceptional art, both stylistically and mechanically.
As for aesthetics, one can not but look confirm the opinion of all those who see the Major is ahead about ten years compared to its contemporaries. The study of the creature is extraordinarily accurate, the line creates a unique form from which emerges only handlebars and wheels. And if you believe that the project was born after the Second World War, when there are so many is the Guzzini, one can imagine the emotion aroused by the Mayor at the time of his presentation." 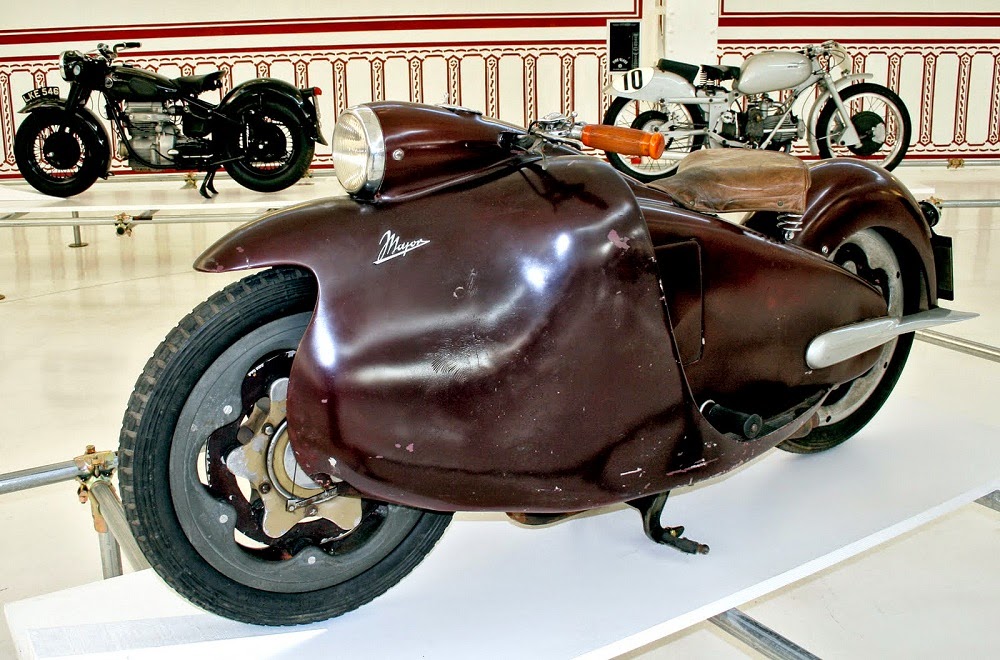 Apparently the bike had no suspension as such, the 'spokes' of the wheels had rubber inserts to dampen any shocks!