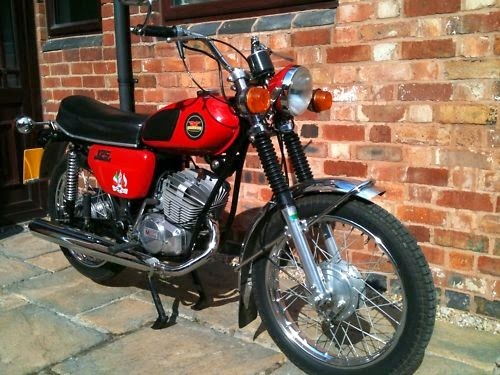 This rare beast was built by a British company called Barron Eurotrade. Approx. 120 bikes were built between 1976 and 1981, and I can still remember the adverts in the magazines. 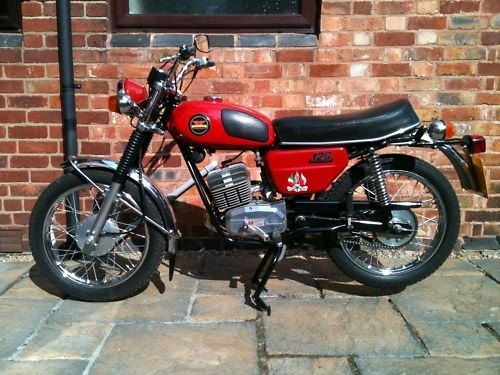 It was a strange mixture of parts - Polish built WSK 125 frame and cycle parts, Italian Motori Minarelli engine, and British MP (Metal Profiles) forks, and the side panels featured the flags of the supplying countries. 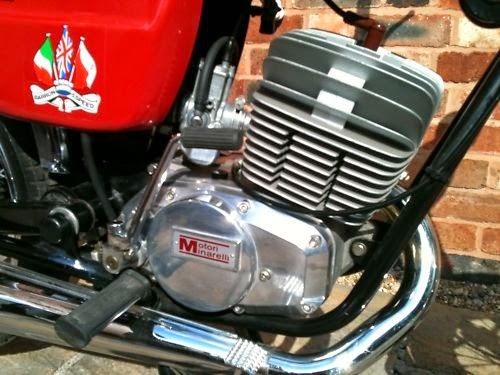 I never saw one when they were available, but about 5 - 10 years ago I was working in the Highlands and stopped at a petrol station. After buying fuel I used their toilet round the back of the shop. In the rear yard there was a selection of rusting wrecked cars and against the wall, half covered by old wheels and scrap metal, was the remains of a Barron!
Found this video of one running.