I don't usually buy motorbike magazines, but this month's copy of RiDE had a couple of touring articles I was interested in.

Previously I'd mentioned the North Coast 500, a touring route round the north of Scotland. Ride tested a group of 'Adventure Sport' bike on the route, well worth a read even if you can't afford any of the bikes! 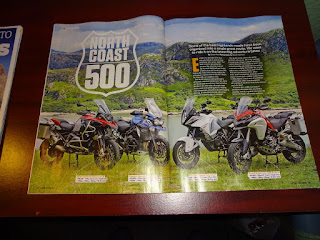 It also had a supplement which I had thought was about touring in the Alps. Turns out it covers most of the other mountain ranges in Europe as well. 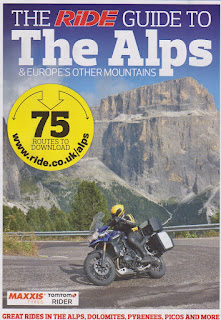 To be honest, it's just a catalogue of routes on their website, all with maps and downloadable Sat Nav files. Lots of good touring ideas.

I also found this website of unusual and cheap places to stay in Scotland. Lots of ideas for trips, and I particularly liked the Inversnaid Bunkhouse. 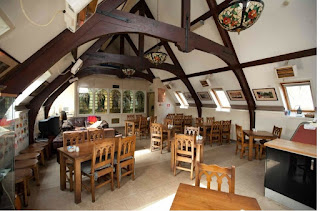 As you can see, it's housed in a converted church complete with wooden beams and stained glass windows. It's only an hour or so's ride from my house, so I might take a run up to have a look at it.