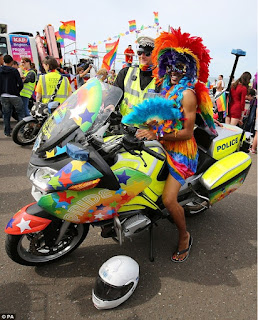 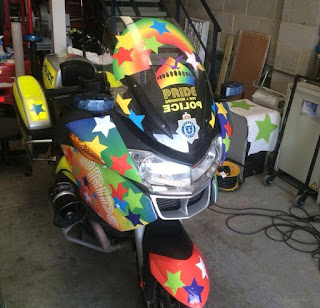 The City of Brighton and Hove in Sussex, on the South coast of England, is well known for its very welcoming and tolerant society. This has led to it being voted 'Happiest Place in Britain to Stay' in 2015, and the establishment of a very large LGBT community.
Every year in August there is the 'Brighton Pride' event which regularly attracts 160,000 visitors to the city, and last year Sussex Police decorated a Police car and bike to commemorate the event. 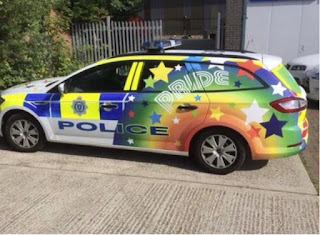 This led some criticism and accusations of 'wasting tax payers' money' (what? do LGBT people not pay tax?) so this year the head of Brighton and Hove Police issued this statement (like the rainbow shoelaces!) 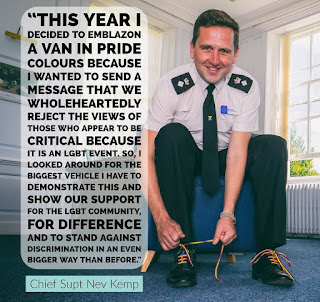 And this is the van. 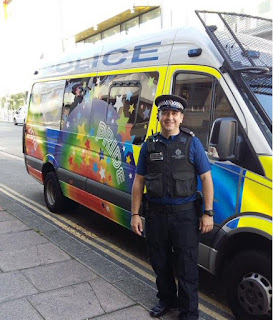 And they also decorated a second bike.

This is what I call 'community policing' - working with the local people and not against them.

In return, the people of Brighton and Hove crowdfunded the painting of the vehicles, thereby bypassing any 'wasting money' comments.