Sorry for being a bit quiet recently but I've not been able to access the Internet from my computer at home. Turned out it was a poor connection inside a cable, now replaced and I'm back on line.

Just a quick update about how I'm getting on with my scooter. I've been riding to work each day for two weeks now and it's been a hoot! It's very easy to ride, has more than enough power for riding in traffic, and some days I've commuted faster than I did on the Skorpion due to it being so much easier to filter between lanes due to it being light, narrow and the automatic clutch means you can concentrate more on the traffic.

After I'd used a full tank of fuel I thought I'd work out the consumption. Poor photos taken on my phone, but you get the idea. 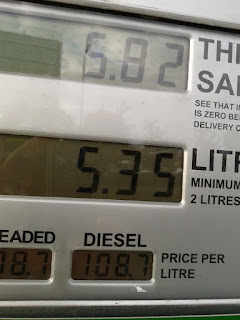 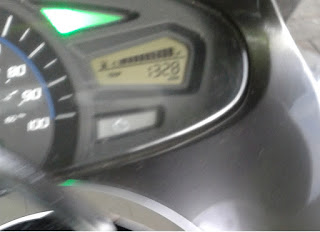