Bikes on the Beach - Largs

Went to the 'Bikes on the Beach' event organised by 'The Scotorian Biker' today in Largs. This was a get together organised through Facebook, and the idea was just to turn up at Largs seafront and look at the bikes. Was a lovely sunny day and there was a very good turnout. It was on all afternoon but I only stayed for an hour or so and saw loads of bikes on their way as I was leaving. Reports on Facebook put the final figure at 300 - 400. 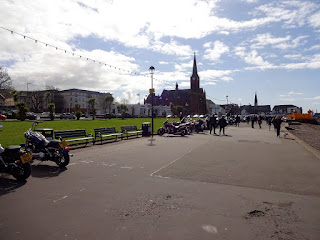 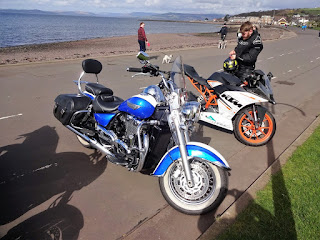 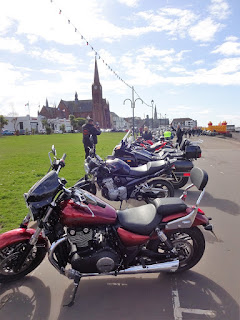 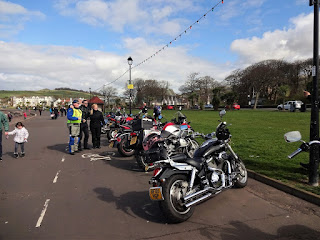 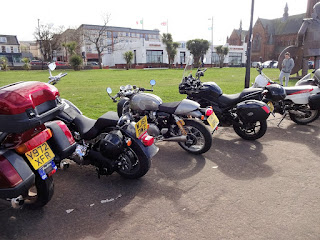 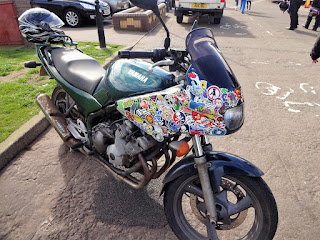 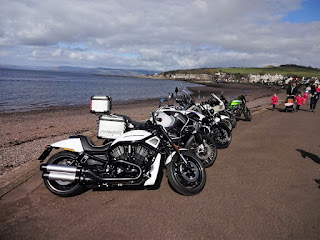 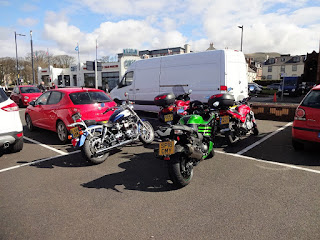 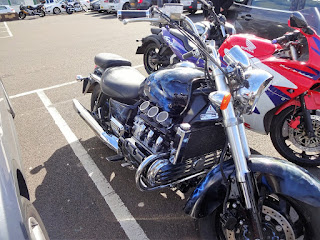 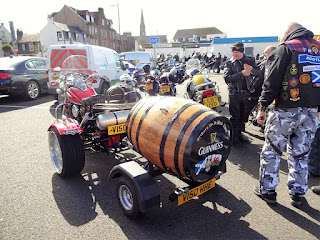 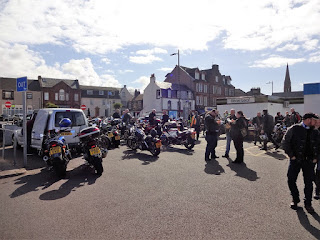 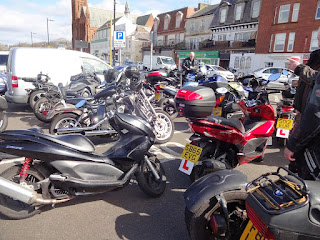 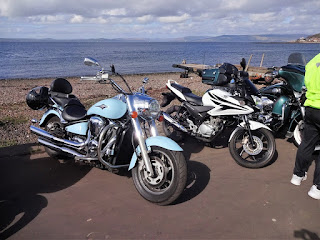 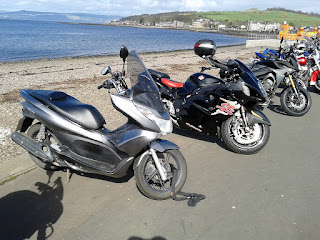 My Bonneville is in the shop, so I went on my scooter. 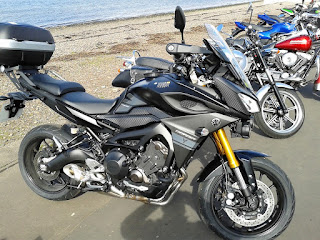 More 'Bikes on the Beach' meeting are planned along with a fundraising camping weekend. More details on the Scotorian Biker's Facebook page and website.

While I was in Largs, I saw this sign in a chipshop window: 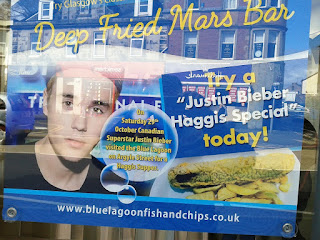