Had an interesting day out at the Bo'ness Hillclimb. I'd only been to one hillclimb before, the Barbon Hillclimb in Cumbria, so was looking forward to seeing another one more locally. The Bo'ness Hillclimb was only for cars, whereas Barbon is bikes.
I got up to heavy rain and set off for the 40 or so mile ride to Bo'ness. I rained off and on all the way, and there's nothing interesting to say about a trip across Central Scotland mostly on motorway, except there was a holdup on the M8 motorway through Glasgow, (caused by an accident according to the signs). I had to filter through traffic for about 2 miles before I got to the front of the queue, where the Police had pulled all the motorbikes over to the side as there had been a fuel spillage and they were scrubbing the road with detergent. (You wouldn't want to ride on that!)
Just after I arrived, the road cleaning had just finished, and the Police waved all the bikes through. From there it was an uneventful trip to the hillclimb where I met Malcolm (Suzuki SV650), and my brother Stuart (Yamaha FJ1200).
The competitors were just stopping for lunch as we arrived, so we went round the displays by various car clubs. 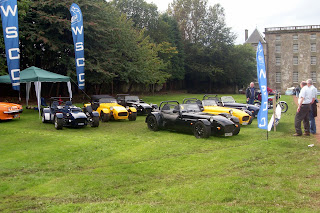 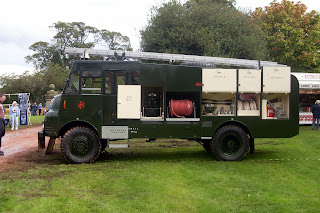 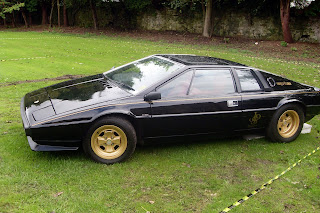 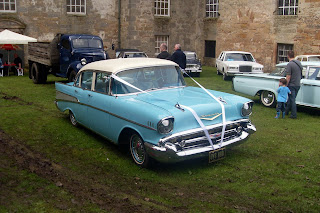 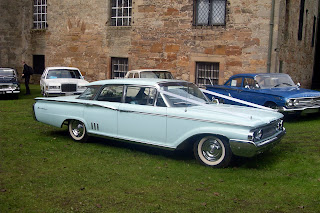 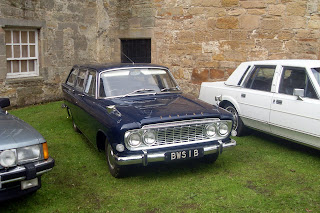 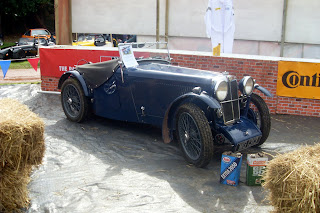 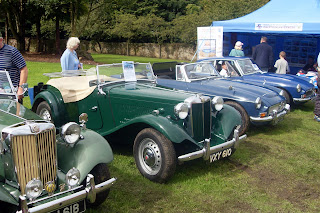 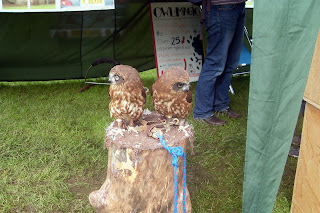 (There was a stall from a place that trained owls for demonstrations, I thought this pair were just so sweet.) 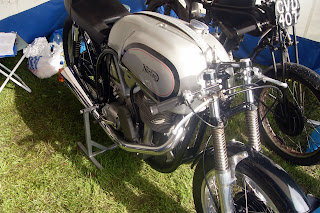 (Norton single on one stall)
We went for a wander down to the competitor's paddock for a look at some of the cars. 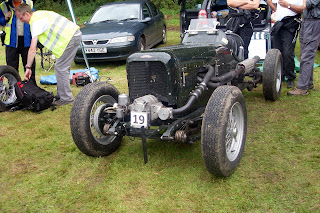 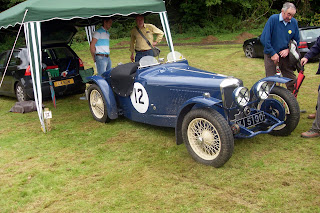 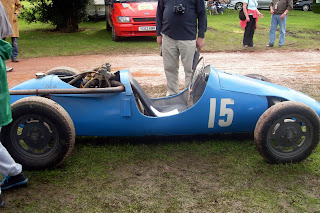 (Norton 500cc single powered racing car. There were a few of these.) 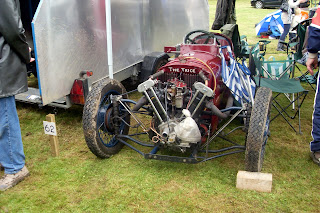 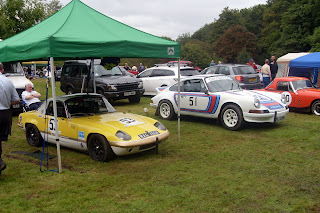 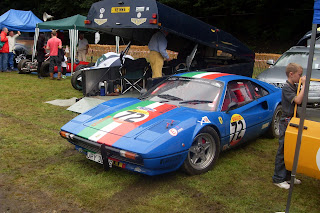 (Yes, someone is rich enough to race a Ferrari.) 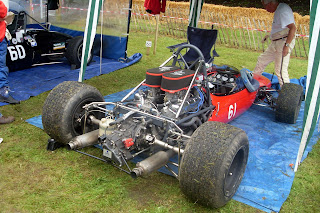 The object in hillclimbing is to drive your car as fast as possible up a short but winding road. Cars go singly and are timed against the clock. There were various categories from pre 1918 road cars to Single Seater Racing cars up to 1973. Last year they also had bikes, but there were none this year. The track is very narrow and lined with straw bales, so I think it would be a bit dangerous for bikes. It doesn't say anywhere in the programme, but the track looked to be about half a mile. 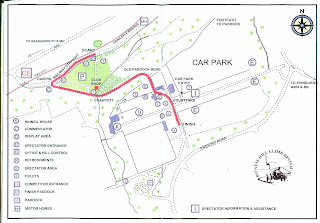 The racing restarted for the afternoon session and we watched from 'Old Paddock Bend', where the still damp track caught out a number of competitors. Most managed round only clipping the bales, but one wasn't so lucky! 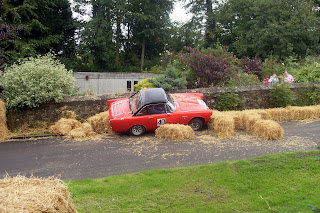 There's very limited viewing points on the track, so these tend to be busy. This added to the safety fences and straw bales makes it very hard to photograph cars during the event. Best to look at the galleries on the website, where pictures by photographers who had access to better parts of the track are posted.
As the day went on the weather got better, the track dried, and the cars got faster. By the end of the afternoon it had got so warm that we had some icecream - not often you can say that in September!
In the paddock I spotted this AJS: 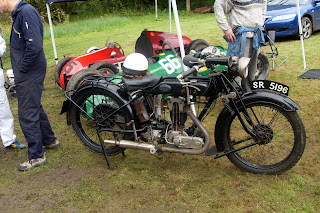 And in the car park I saw this really nice MG: 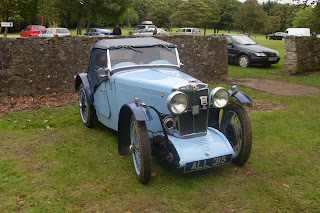 It was a great day out and the trip back was a lot warmer, sunnier and drier than the trip over.
Posted by Norman at 20:29