Went for a run this morning on the Traveller, partly to check it was running OK as I'm intending using it for work this week, and partly to go to a car show in the nearby town of Lochwinnoch. It was a bright if slightly chilly morning, but it's the first this week that hasn't been misty until midday!

The show was held in the carpark of the Castle Semple Visitors Centre, a popular local venue on the banks of a loch, so was fairly busy. Good selection of cars, there were a few bikes there but they belonged to visitors rather than exhibitors. Here's a selection of some of my favourites: 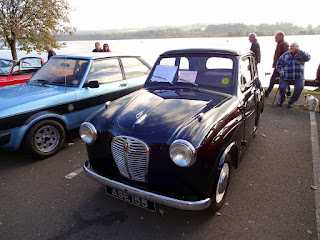 I think this is an Austin A30, rather than the later A35. 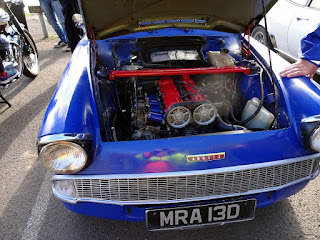 Not the original engine in this Ford Anglia! 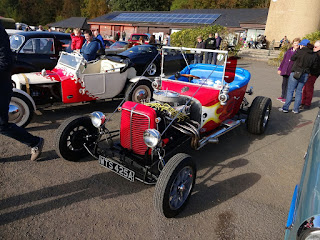 Never seen 'hotrods' like this at a show before 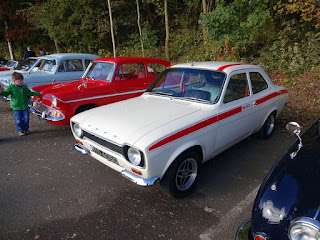 Ford Escort 'Mexico' – a really cool car when I was a teenager. 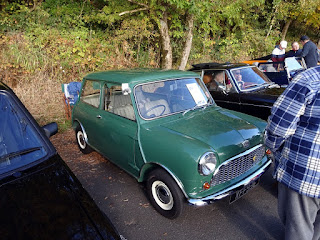 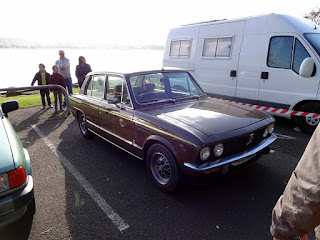 Triumph Dolomite Sprint. One of those 'we've got a not very good car that we can't sell – let's put a big engine into it and sell it as a 'sports car''. It had a very rude nickname back in the 70s/80s, and it's brown (no excuse for that!) 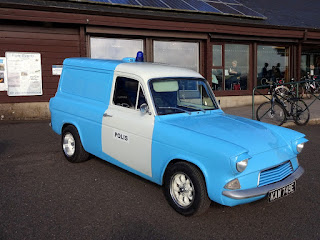 I don't think this is a genuine Police car! * 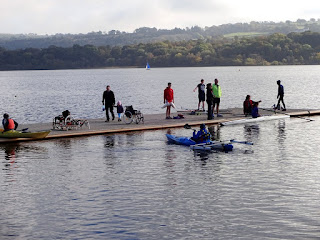 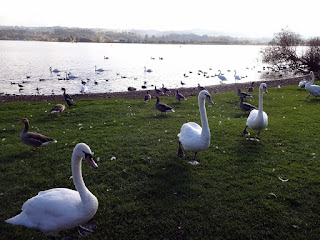 There's also friendly ducks and swans that come up to you hoping for some bread. 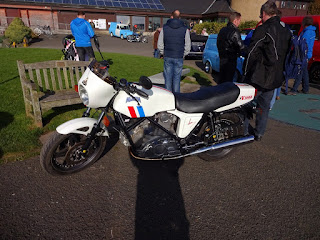 Despite being on a Skorpion, I didn't have the rarest bike there! Hesketh V1000

* Some countries like Sweden and Turkey call their police forces 'Polis', but it's also the pronunciation in the local vernacular!