Saw an interesting bike at the Coupes Moto Legende in May this year, so did a bit of searching to see what I could find out about it.

I'm not able to access the photos I took, so have used ones I found on the Web 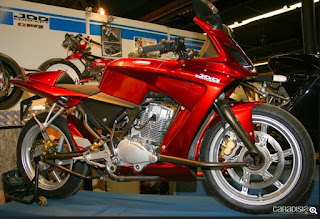 Very few details of this bike other than it was developed jointly by French (?) company ESTM and Chinese bike firm Baotian.

It was on a stall with a number of race bikes with the same front end (referred to as JBB), and used a Chinese 125cc 'clone' engine of Japanese origin. 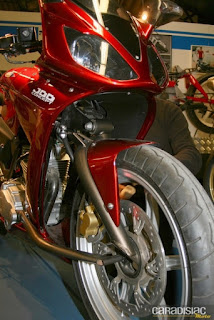 It had been shown at a number of bikes shows since 2006, but hasn't (yet) reached production.