Was in the nearby town of Johnstone this morning and saw a rare vehicle - a Scottish built Stonefield P5000. 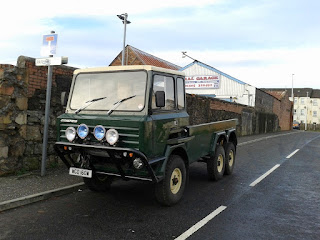 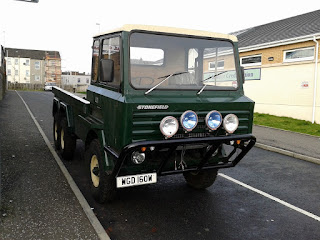 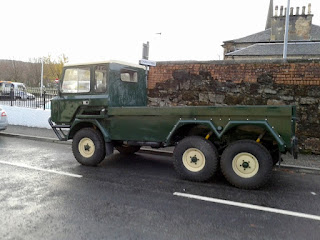 I had a look on the Web and found some details here. 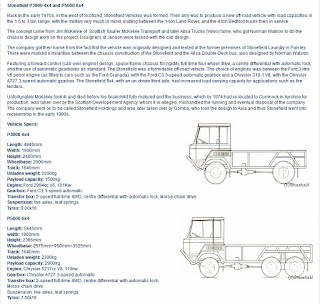 I could find no record of how many were built, but I can't remember ever seeing one before other than on television reports. I found a Website with pictures of Stonefields in use as fire engines etc, but I don't know if any were used by the military, their intended market.
The one in the photos was outside a garage and has their name on its number plates, so they could be restoring it (the spotlights aren't wired.)