Continuing on with my theme of cool looking bikes, here's another Art Deco classic. 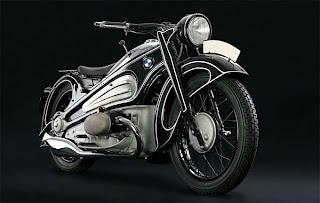 BMW built a prototype 'R7' model in 1934, but never put it into production. The prototype had some of its parts removed, then it was put into a crate and forgotten about until it was rediscovered in 2005. When it was found, the bike was 70% complete, but in a very poor condition due to rust and corrosion caused by a leaking battery. However, BMW fully restored the bike and it is not only on display in their museum, it is also taken out for bike shows.
More details: here, here, and here. 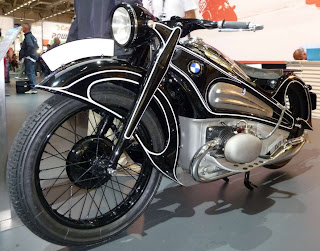 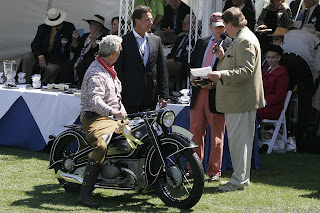