Leading on from Kawa's post about the tea room in Brig O' Turk, seven of us met there for breakfast this morning

We'd planned on meeting soon after the tearoom opened at 10am, so I got the bike out early and noticed that we'd had the first frost of the winter. Nothing much, just a light coating in the garden and frost on car windscreens, but enough to remind us that the summer's over (not that we had much of a summer this year!)
It's only about 50 miles (80 km) to Brig O' Turk from my house, and the road was fairly quiet. Although it wasn't that cold, I did ride through some fog just before Loch Lomond, but not enough to be a problem and it cleared quickly.
After Aberfoyle I took the Duke's Pass, as reasonably tight winding road which affords good views. I soon arrived in Brig O' Turk, and we went in to the tearoom for one of their superb breakfasts (highly recommended!) We had a good chat about bikes, trips we'd been, etc., and started talking about where we were going for our summer trip next year (more on that later.)
The tearoom is very popular with hillwalkers and mountain bikers, and whilst we were there, four couples arrived on motorbikes, two each from Belgium and the Netherlands. One of the couples were on a Jawa 660, a bike none of us had seem before as I don't believe that it's available here. Turned out the rider was the Belgian Jawa importer.
After breakfast we went out to look at the bikes and chat some more, then headed off into what had become a sunny and slightly warmer day.
It was good to get out for a run on the bike and to catch up with people, and hopefully we can arrange a few more meetings before the winter arrives properly. 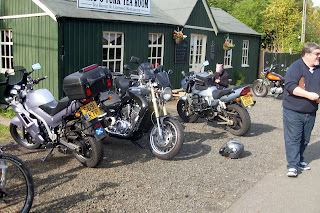 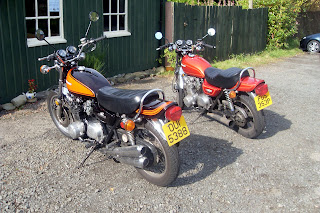 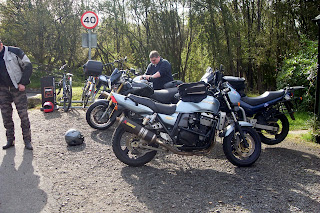 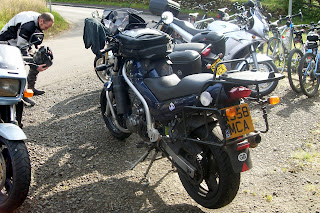 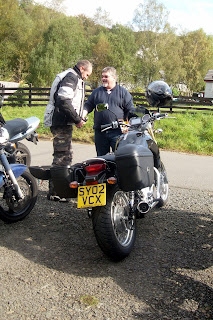 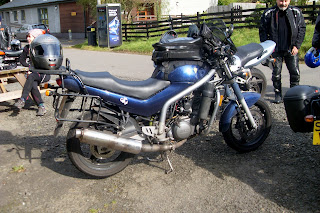 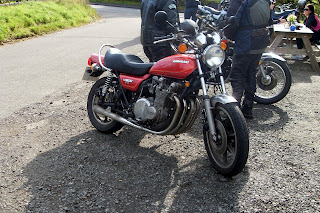 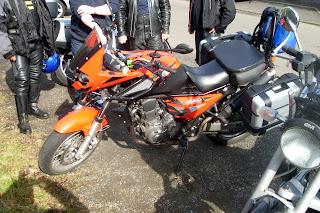 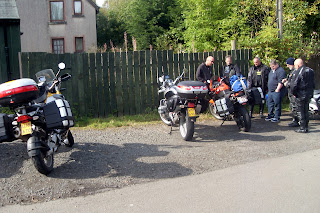 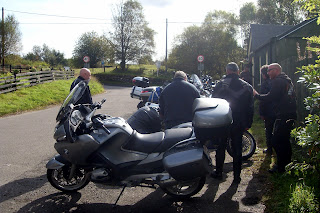 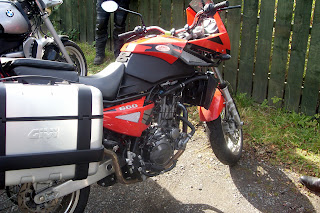 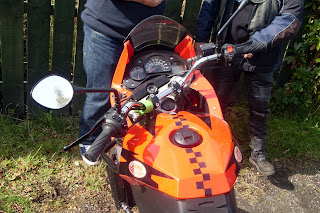 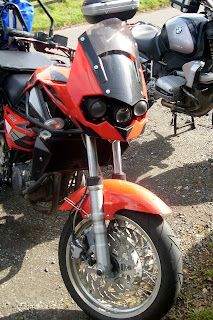 There was a small snail on the Jawa's rear wheel rim. No idea whether it had slithered on whilst it was parked, or had been there for a while - holding on for dear life as the bike went along! 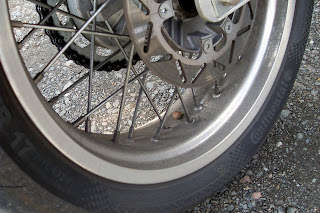 The Duke's Pass is popular with motorcyclists due to the tight bends and good views, and also the hills from the Aberfoyle side are a challenge to cyclists, so you always have to look out for them. Unfortunately, it's also popular with tour buses and elderly drivers who seem to be unable to drive over 27 mph, so it's worth visiting early to avoid them.Found this video of a ride over so you can see what it's like:

I stopped on the way back to take a picture of my bike on the Pass, with the wonderfully named Loch Drunkie in the background. 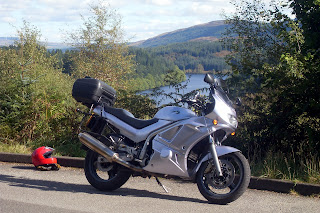 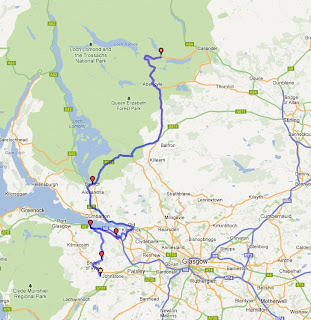